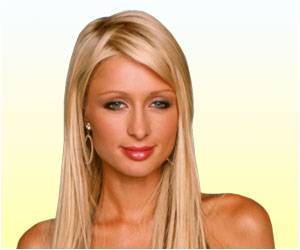 Paris Hilton was barred from entering Japan after admitting cocaine possession in a US court just a few hours earlier.

The hotel-heiress, 29, was quizzed at Tokyo's Narita airport after flying in for "business obligations".

And it was after six-hours of detention that Hilton was placed at the scruffy Airport Rest House as the authorities debated whether or not to let her in.


Just hours earlier, at a Las Vegas court, she had admitted possessing cocaine and obstructing a cop. She was given a 12-month suspended jail term.

Drug Abuse Screening Test (DAST) is a screening test to find out if you need professional help with 'Drug Abuse' problem. This is only an anonymous self test.
Advertisement
"Paris was contractually bound to her business trip and didn't want to let down her brands and many Asian fans," the Sun quoted her spokeswoman as saying.

"She is trying hard to do the responsible thing, but this is beyond her control. She is very disappointed," she added.

Paris - ordered to attend drug counseling over her cocaine rap - flew into Tokyo by private jet.

Her sister Nicky, 26, and pals were waved through, but Paris was detained. Japan allows in those serving suspended jail terms only for "special reasons".

The heiress and Nicky had been due to promote Paris's new fashion line in Tokyo today but the event was canceled.

Cannabis has a long history of medicinal, recreational, and industrial use and comes from a bushy plant with thick sticky flowers called Cannabis Sativa
Advertisement
Advertisement

Drug detoxification (or drug detox) is a process that helps drug addicts to give up drugs with less or no ...
This site uses cookies to deliver our services.By using our site, you acknowledge that you have read and understand our Cookie Policy, Privacy Policy, and our Terms of Use  Ok, Got it. Close
×