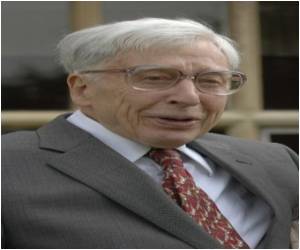 Robert Edwards of Britain won the Nobel Medicine Prize Monday for the development of in vitro fertilisation.

Edwards, 85, won the prestigious prize for his work on in-vitro fertilisation (IVF), which has helped millions of infertile couples to have a child. 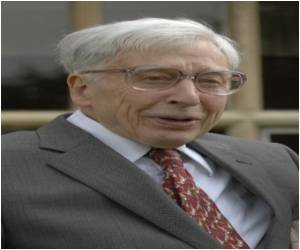 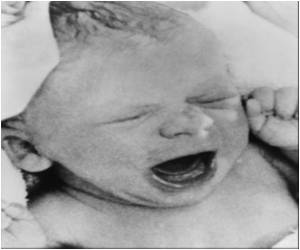 Louise Brown, the worlds first IVF baby, was born in 1978

"His contributions represent a milestone in the development of modern medicine," the Nobel Assembly at the Swedish Karolinska Institute said.


"His achievements have made it possible to treat infertility, a medical condition afflicting a large proportion of humanity including more than 10 percent of all couples worldwide," it added.
Advertisement
The IVF procedure entails taking an egg from a woman and fertilising it in the lab-dish with sperm donated from a man.

The egg divides, is allowed to develop into an early-stage embryo and is then inserted in the woman's uterus where, if all goes well, it will become a baby.

Edwards began working on developing the process in the 1950s, and "his efforts were finally crowned by success on July 25, 1978, when the world's first 'test tube baby' was born," the prize jury said.

Since Louise Brown's birth, around four million people have been born through IVF.

"A new field of medicine has emerged, with Robert Edwards leading the process all the way from the fundamental discoveries to the current, successful IVF therapy," the jury said.

Edwards developed his laboratory findings "from experiment to practical medicine" with the help of British gynecologist Patrick Steptoe, who died in 1988.

Together they established the Bourn Hall Clinic in Cambridge, the world's first centre for IVF therapy.

Today, 20 to 30 percent of eggs fertilised by IVF lead to the birth of a child.

"Long-term follow-up studies have shown that IVF children are as healthy as other children," the Nobel jury said.

The Medicine Prize kicked off a week of prestigious award announcements, with the two most watched, Literature and Peace, to be announced on Thursday and Friday.

The announcements of the Physics and Chemistry Prizes will be announced Tuesday and Wednesday, and the Economics Prize will wrap up the Nobel season on Monday, October 11.

They were honoured for the discovery of how chromosomes are protected by telomeres and the role of an enzyme called telomerase in maintaining or stripping away this vital shield.

This year's laureates will receive 10 million Swedish kronor (1.49 million dollars, 1.09 million euros) which can be split between up to three winners per prize.

The Peace Prize will be handed out in Oslo on December 10.

Other Nobel laureates will pick up their prizes in Stockholm on the same day.

Source: AFP
Advertisement
<< 50% of Women Don't Check Their Breasts For Cancer
Race Not a Factor in Differences in Lung Cancer Patients >>