IV Food Scare in US 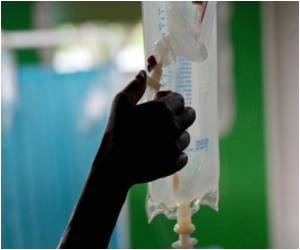 Nine US hospital patients died, having being fed intravenously with contaminated liquid food and ten others feel ill, says Alabama spokeswoman. The 19 people were patients at six Alabama hospitals, and health authorities in the southern state have called on the Centers for Disease Control and Prevention (CDC) to probe the outbreak.

It was not yet clear whether liquid food was the cause of the outbreak of the bacteria known as serratia marcescens bacteria, but health authorities said all those sickened were patients being fed intravenously.


"Use of contaminated products may lead to bacterial infection of the blood," the Alabama Department of Public Health said in a statement.

CDC has found that the liquid food was supplied by a single pharmacy, Meds IV, which has stopped production and withdrawn the product from sale.

A fresh food scandal erupted in China after the country's largest meat processor was forced to apologize when an illegal additive was reportedly found in some of its pork products.

Bacterial Infections can be Tackled by Targeting a Specific Protein