It's Hard Covering Up Bird Flu Outbreak in the Internet Age 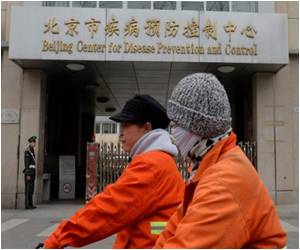 On a Chinese pavement, photos of 10 dead sparrows went viral on social media and drew a swift official response show how hard covering up a bird flu outbreak would be in the Internet age.

China has won international praise for its transparency on the H7N9 strain, which has killed 14 people so far, in sharp contrast to criticism for trying to conceal the 2003 Severe Acute Respiratory Syndrome (SARS) epidemic.

But analysts say the government has little choice, as technological change over the past decade and the proliferation of Twitter-like "weibo" microblogs help drive greater official openness.


The images of the dead sparrows by weibo user Mao Xiaojiong (who also uses the weibo name Mao Lanlanlan), shot beneath a magnolia tree near her home in the city of Nanjing -- which banned live poultry trading and culled birds after confirming H7N9 in people -- were a case in point.
Advertisement
When she posted them on her weibo account earlier this month, asking authorities to investigate, they were reposted 20,000 times, racked up hundreds of thousands of views, and became a top topic on Internet portal Sina.

Police whisked away one of the dead birds the same night to test for H7N9, and within two days authorities publicly ruled out the virus as a cause of death.

Mao said the spread of her post "showed this matter received great attention from the public".

"It made it easier to attract attention of the government," she told AFP.

But she also deleted her original post because of worries over the uproar she caused.

"Really nervous seeing so many reposts... As it hasn't been confirmed by officials, I deleted the post so as not to cause panic," she explained at the time.

China keeps a tight grip on the Internet, censoring content it deems politically sensitive and keeping a close watch even on euphemisms that citizens use to evade scrutiny.

In the face of H7N9, it has also used a more old-fashioned tool of control, detaining at least a dozen people for spreading false information online about outbreaks where they lived, saying their actions had heightened public fears.

Censorship on the new outbreak appears limited compared to past political and health scandals, but whatever authorities' intentions, the number and speed of postings on microblogs has made it far more difficult to control information.

"The weibo has put a lot more scrutiny (on the government)," said David Bandurski of the University of Hong Kong's China Media Project, which researches Chinese journalism.

"Weibo is working as this big kind of steam machine -- it lets everyone let off steam about a very generalised frustration."

But the new medium faces limitations in bringing real political change, he added, as the one-party state still exercises control over the Internet and traditional media.

Rumours about SARS, which later proved true, eventually forced China to be more forthcoming about that disease, which originated in the country and went on to kill about 800 people around the world.

The World Health Organization said it was pleased with China's information sharing on H7N9, while US public health experts said it had quickly released the genome sequences needed to develop a vaccine and research the virus.

"We are very satisfied and pleased with the level of information shared and we believe we have been kept fully updated on the situation," the WHO's representative in China, Michael O'Leary, said last week.

Chinese Internet users have questioned a three-week gap between the first deaths from the H7N9 outbreak and the official announcement on March 31.

According to the overseas-based China Digital Times, which tracks Chinese censorship, searches for the post have been blocked.

Source: AFP
Advertisement
<< Hospitals Keep Both Patients and Providers Blind to the Cos...
Brain Damage Linked to Overactivation of Enzyme In Alzheime... >>