It's a Deal! Best Airport Buys Across Europe 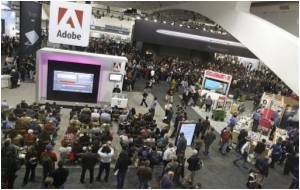 A recent survey has revealed that when it comes to grabbing the best deals when on the move, airport shopping is at its best at Rome, followed closely by Frankfurt and Berlin. However, bags, perfumes or drink vary hugely from one hub to the next, the results caution.

A Dolce&Gabbana "Hobo" bag for instance can be picked up for 850 euros (1,096 dollars) at Rome airport but costs 1,245 (1,605 dollars) at London's Heathrow, according to a Centre for Retail Research survey.


Britain's Gatwick and Heathrow are cheapest of all for humdrum stuff like cigarettes, perfume and alcohol, said the survey released by online shopping site Kelkoo.


A Panasonic FZ38 digital camera was on sale for 327 euros at Heathrow but 168 in Paris or Lyon, it said.

The survey of 10 airports -- in Britain, Germany, France, Italy and Spain -- representing 383 million passengers, or 80 percent of European traffic, compared a basket of 22 products from cigarette cartons to expensive electronics worth an average 3,193 euros (4,117 dollars).

Duty free shopping was scrapped in 1999 for Europeans flying inside the EU, but travellers can expect tax free airport deals 6.2 percent cheaper than city retail on average, the study said.

In comparison, online shoppers can do even better, purchasing at 12 percent less than retail, it added.

'Break' Away From Your Frustration: That's What a Chinese Shopping Mall is Offering
Breaking things out of frustration is something we all want to do without feeling guilty, and now we can do just that at a shopping mall in China.
READ MORE

Neuromarketing: Where Scanning Your Brain Reveals Your Unconscious Shopping Urges
Whether you are in a mood to shop or not, you always spend more time window-shopping than you may realise, says a new study.
READ MORE

Asking For Help When Shopping Not in the Male Psyche
Just as with driving, men are more reluctant to ask for help in the retail store as compared to women, suggests a new study.
READ MORE