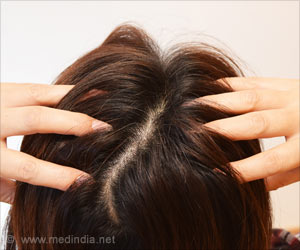 Ever wondered why you itch when another person scratches in front of you? Scratching, just like yawning, is socially contagious and not a psychological response.

According to researchers, itching is highly contagious. Sometimes even its mention could make someone scratch.

Involuntary muscle twitching occurs as repetitive muscle spasms in a group of muscles. The cause of muscle twitches determines the treatment procedure and outcome.
Advertisement
‘Itching is highly contagious. Sometimes even its mention could make someone scratch.’

"Many people thought it was all in the mind, but our experiments show it is a hardwired behaviour and is not a form of empathy," said lead investigator Zhou-Feng Chen, director at the Washington University School of Medicine in St. Louis, US.


In the study, conducted on mice, the researchers found a chemical in the brain that makes them want to scratch when seeing someone else do it.

Further, the findings, published in the journal Science showed that the behaviour is hardwired in the brains, rather than a form of empathy with the original scratcher.

Uncontrolled muscle twitching occurs in this condition, though benign it may need further investigation and sometimes an injection of Botox can cures it.
Advertisement
The chemical, GRP (gastrin-releasing peptide) -- a key transmitter of itch signals between the skin and the spinal cord -- caused mice to scratch when they saw others doing it. When it was blocked, they stopped.

"The mouse doesn't see another mouse scratching and then think it might need to scratch, too. Instead, its brain begins sending out itch signals using GRP as a messenger," Chen said.

"It's an innate behaviour and an instinct. We've been able to show that a single chemical and a single receptor are all that's necessary to mediate this particular behaviour," Chen added.

However, when the GRP receptor were blocked in the mice's brains, they did not scratch when they saw others scratch.

The results may open new ways of treating people who suffer from chronic itching and skin diseases by developing a drug that blocks GRP, the researchers noted.

Itching of scalp is a common problem. The causes of itchy scalp are dry skin, infection, inflammation, or a psychological cause.
Advertisement
<< Consume Whey Protein Before Breakfast To Curb Those Cravings
Free Treatment to Accident Victims: Delhi Government >>

Vaginal or Vulvar itching is a common symptom in women of all ages. It is often accompanied by vaginal discharge. Treatment depends on the underlying cause.