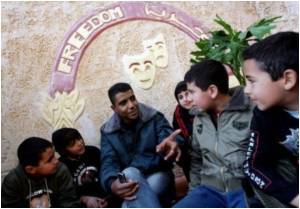 In a research collaboration blind to affairs of politics, ethnicity, and religion, an international team led by Israeli scientists has identified the genetic cause of a neurological disorder afflicting members of a Palestinian family.

By combining the latest genome sequencing technology with a sophisticated "guilt-by-association" technique known as disease-network analysis, the team from Whitehead Institute, Cold Spring Harbor Laboratory, and Hadassah Medical Center in Jerusalem has found a heretofore unknown genetic mutation responsible for the family''s hereditary spastic paraparesis (HSP)-a progressive disease that causes weakness and muscle spasticity in the legs and abnormal gait.

Austrian researchers have uncovered mutations throughout the mitochondrial genome that are associated with prostate cancer.
Advertisement

The research, whose findings are reported online this week in the journal Genome Research, began in a neurology clinic at Jerusalem''s Hadassah Medical Center, where three brothers, ages 14, 15, and 20, were diagnosed with HSP. The parents (both of Moslem Palestinian origin from the same village) and their four other children showed no signs of the disorder. HSP is a Mendelian (or monogenic) disorder with inheritance patterns that may be autosomal dominant, autosomal recessive, or X-linked.


Previous research on the genetic origins of HSP had identified 20 genes associated with the disorder, presenting a natural starting point for scientists seeking to help the family in question.

A novel oncogene that is associated with uveal melanoma, the most common form of eye cancer has been identified by a new study.
Advertisement
"We knew about the 20 genes causing HSP," says Yaniv Erlich, a Whitehead Institute Fellow and first author of the Genome Research paper. "But we also knew that genes that cause diseases like HSP tend to be clustered with similar behaviors that can be detected."

Comparing genome sequences of the patients and their parents against known disease culprits indicated that a new gene was at work here. The team then employed homozygosity mapping, a method aimed at identifying the genomic "neighborhood" of disease-causing genes in families with a history of consanguineous marriage. The final exclusionary step, disease-network analysis, led the researchers to examine each suspected gene in this genomic neighborhood and to rule out genes that do not behave in the manner of an HSP gene. The team concluded that a mutation in a gene known as KIF1A was responsible for this family''s HSP. The group also determined that approximately 1 in 200 Palestinians carries this mutation.

Emily Hodges, a postdoctoral scientist at Cold Spring Harbor Laboratory who helped develop the sequencing technology employed in this research, says the approach the team adopted to find the causative mutation addresses one of the key challenges of the genomic era. With the volume of data today''s technology produces, there exists a need for more effective analysis of the outputs.

"That''s been the bottleneck, really," says Hodges. "It''s been difficult to home in on the disease variants during the downstream analysis. It''s important to point out that they (Erlich and colleagues) were able to marry the latest technology with more conventional methods, like homozygosity mapping, to further filter the data. It''s a nice demonstration of new and old."

"We couldn''t do this before," Erlich says, noting that such detective work once required genetic analysis from multiple families. "But with the current methodology, we were able to rule out other genes and nail down this mutation in a single family. Our next goal is to be able to find the causative mutation with a single affected person, fully moving into the era of personal genomics"

Erlich explains that the strategy he and his colleagues employed in this research can be applied to efforts to identify genetic causes of nearly 200 other Mendelian, familial disorders. The methodological advances in this study can be used to help families with extremely rare disorders, allowing them to avail themselves of such services as genetic counseling, disease management, and support for important family-planning decisions, including whether to pursue pre-implantation genetic diagnosis (PGD).

And for the family under study here, the work provided something else.

"I think there was a sense of relief that they have a diagnosis that explains their symptoms," says Shimon Edvardson, the neurologist at Hadassah Medical Center who first examined the three siblings. "I know they will use this information when arranging marriages. Now we can offer a proposed couple a test to see if they are carriers of this mutation, as well as others."