Is Weight an Issue in Children With Developmental Coordination Disorder? 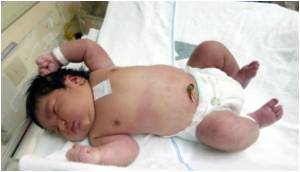 A study published in CMAJ (Canadian Medical Association Journal) says that children with developmental coordination disorder are at greater risk of being overweight or obese.

Developmental coordination disorder (DCD), which is manifested through coordination difficulties including fine and gross motor skills, affects 5% to 6% of school-aged children. It is present from birth but is usually not detected until later. DCD can interfere with normal daily activities including personal care, recreational involvement and academic skills such as handwriting.

The study followed 1979 students from 75 schools in Ontario, Canada over a two year period from grade 4 to grade 7. The researchers screened children for coordination difficulties and identified children who may have the disorder. They measured BMI and waist circumference.


"Although DCD has in the past been considered part of the normal continuum of motor proficiency or regarded as merely a "playground disorder" that can be relegated to a secondary position in the universe of children's health concerns, these results, along with other recent research, suggest that this is no longer acceptable," writes Dr. John Cairney, Department of Family Medicine, McMaster University, Hamilton, Ontario with coauthors.
Advertisement
The researchers found children with possible developmental coordination disorder were three times more likely to be overweight than typically developing children, and the risk for obesity increased over time. There was no difference between boys and girls in prevalence rates.

The authors conclude "The findings have important implications for intervention. There is a clear need to take a broader, longer-term view of the health consequences of DCD."

In a related commentary (pre-embargo link only) http://www.cmaj.ca/embargo/cmaj100752.pdf, Professor Scott Montgomery, Örebro University Hospital, Örebro, Sweden, writes that "the hypothesis that poorer coordination results in reduced physical activity and thus unhealthy weight gain is plausible" but says other factors may be responsible for a higher risk of weight gain, including socio-economic factors, family stress and other forms of psychosocial stress. He writes that in addition to children with possible DCD, "perhaps we should extend our concern to a broader selection of children with poorer coordination who do not meet all of the DCD criteria, as they too will experience a higher obesity risk."

Source: Eurekalert
Advertisement
<< Do Statins Prevent Death in High-risk Individuals Without H...
Girl Has to Eat Every 15 Minutes to Stay Alive >>