Is Socioeconomic Status Linked to Likelihood of Receiving a Heart Pump 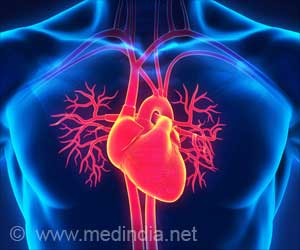 Patients with socioeconomic status (African-American or Hispanic, uninsured or covered by Medicaid insurance and living in low-income ZIP codes) were shown to less likely to receive a heart-pumping device known as a left ventricular assist device (LVAD), stated research presented at the American Heart Association's Quality of Care and Outcomes Research Scientific Sessions 2019, a premier global exchange of the latest advances in quality of care and outcomes research in cardiovascular disease and stroke for researchers, healthcare professionals and policymakers.

The new study examined the relationship between socioeconomic status and implantation of LVADs, which are typically used to maintain patients waiting for a heart transplant or as the final therapy for patients with heart failure. Additionally, researchers set out to determine if Medicaid expansion through the Affordable Care Act, intended to improve access to insurance and healthcare for more people, has had any impact on LVAD implantation.

Cardiac surgery is a formidable field in treating congenital heart diseases, valve replacements, atrial fibrillation, and coronary heart disease.
Advertisement
‘There are disparities based on socioeconomic status associated with the types of care patients receive for heart disease and how well they do after treatment. ’
Tweet it Now

"There is a clear disparity in terms of access to advanced therapies like LVAD," said Xiaowen Wang, M.D., lead researcher and an instructor in medicine at Washington University in St. Louis. "Healthcare providers need to be mindful of this disparity as they make decisions about patient care."

Congestive heart failure (CHF) is a condition in which the heart fails to work adequately as a pump that can deliver oxygen rich blood to the body.
Advertisement
Among 889,377 patients, 64.6 percent were more than 65 years old, 43.3 percent were women, and 64.2 percent were Caucasian. Overall, about 3,700 patients received LVADs. The researchers found that:

Patients residing in the lowest-income ZIP codes were 26 percent less likely to receive LVADs than those in higher-income areas.

Not all states participate in the State Inpatient Database, which limited the study, particularly for the analysis of LVAD implantation rates in Medicaid- and non-Medicaid-expansion states. Another limitation was the absence of data after 2015.

"As LVADs become more common with technological advances that lower complication rates and make the devices more portable, healthcare providers will need to better understand the underlying causes of these disparities in who gets these potentially lifesaving therapies and who doesn't," Wang said.

Heart attack usually occurs when a clot blocks the blood supply to the heart. If not treated, it can lead to death. Here are must know facts on heart attacks.
Advertisement