Is Marijuana Effective in Treating Glaucoma? 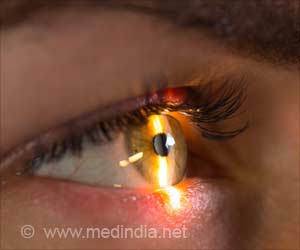 The Michigan Medical Marijuana Act (MMA) that came into effect on November 2008 legalizes the use of marijuana for medical purposes for people with special medical conditions. As of 2019, people from 23 states, including Michigan, are using the drug to treat glaucoma. But, will marijuana help?

Marijuana increased in popularity in the mid-1970s when there was interest in cannabinoids for reduction in intraocular pressure (IOP), which is the fluid pressure inside the eye. Now, its usage has increased due to its pleasure-inducing side effects, and behind tobacco, alcohol and caffeine, it is the most widely used drug in society, according to Michigan Medicine ophthalmologist, Theresa M. Cooney, M.D.

Advertisement
‘Marijuana usage is associated with a range of side-effects, such as reduction of intraocular pressure (IOP) and blood pressure, cardiac palpitations, psychotropic effects, emphysema-like respiratory problems, and cancer risk.’

Glaucoma, the second leading cause of blindness in the United States (first for African Americans in the United States), causes optic neuropathy, a progressive loss of visual field and can lead to permanent, irreversible vision loss if not diagnosed and treated appropriately.

The MMA allows the usage of prescribed marijuana for "treating or alleviating pain, nausea, and other symptoms associated with a variety of debilitating medical conditions", which is defined as producing one or more of the following:
Advertisement
 Cachexia or wasting syndrome
 Severe and chronic pain
 Severe nausea
 Seizures
 Severe and persistent muscle spasms
Not all cases of glaucoma produce symptoms that classify it as a "debilitating medical condition" like closed-angle glaucoma, according to Cooney. The three types of glaucoma are:

 Open-angle (chronic) glaucoma
 Closed-angle (acute) glaucoma
 Secondary glaucoma
Open-angle glaucoma is a chronic medical condition that is generally painless and although vision threatening, it is a slow or non-progressive disease for which medical and surgical treatments are available. Glaucoma eye drops, registered by the Food and Drug Administration (FDA), have long-term, proven efficacy if taken as prescribed.

Closed-angle glaucoma is an acute medical condition with sudden onset, that typically lasts only hours to a few days. It can cause pain and/or nausea because of elevated intraocular pressures. However, once effective pharmaceutical treatment is in place, there are no longer symptoms that would be consistent with a debilitating medical condition, as defined by the MMA.

Secondary glaucoma occurs when an identifiable source causes increased eye pressure that results in optic nerve damage and vision loss. This can be closed-angle or open-angle glaucoma.

There are several classes of drugs proven to be effective as medical treatments for glaucoma. Recent glaucoma drops have also shown effectiveness for up to eight hours.

Aside from medications, there exist various surgery options for patients, such as the Xen gel stent, when a tiny tube is implanted in the eye to preserve vision, and the trabeculectomy, when a piece of tissue is removed from eye to create an opening to drain fluid.

Combining medication and marijuana is not recommended, says Cooney, because "we don't know how marijuana interacts with traditional treatment methods since there aren't studies investigating that yet."

She adds that side effects of these traditional medical therapies are generally known to be considerably more mild than those associated with high-dose marijuana usage.

The effects of marijuana are also variable, since not all marijuana is created equal and it is not FDA approved, which is a serious health concern.

"Marijuana can be laced with anything," says Cooney. "There are variable potencies of preparation and more than 400 different chemicals involved."

Marijuana is a Schedule I controlled substance under federal law, meaning that there is a high potential for abuse and there is a lack of accepted safety for its use under medical supervision. It is discouraged from being used in place of any traditional, and studied, treatment options.

The good and the bad

According to Cooney, marijuana can create a 25 percent IOP reduction in 60 to 65 percent of people with or without glaucoma. What exactly causes this within the drug is unknown.

The problem is that IOP reduction lasts from 3 to 3.5 hours. To treat glaucoma effectively, IOP must be controlled around the clock, which likely leads to compliance issues.

"You'd need to smoke eight to 10 marijuana cigarettes a day for them to have the same effectiveness as regular, glaucoma drops," says Cooney. "That's 2,920 to 3,650 a year."

Aside from the high, marijuana can substantially reduce blood pressure, which is a systemic problem. Reducing blood flow to the optic nerve means increasing susceptibility to optic nerve damage, which worsens glaucoma.

Decreased blood pressure is present within an hour, but in some who experience postural hypotension with hypertension, it can be as quick as 10 to 15 minutes.

Another systemic problem: smoking marijuana cigarettes can cause cardiac palpitations within two to three minutes, which will only return to normal after 90 to 120 minutes.

More apparent than physical alterations are the psychotropic effects that can cause euphoria, dysphoria and disruption of short term memory. These effects prevent individuals from safely driving, operating heavy machinery or functioning at maximum mental capacity.

Because marijuana is not filtered, neither are the cigarettes. Long-term usage can cause emphysema-like respiratory changes because of their release of tar, carcinogens and other volatile materials.

"There's a higher concentration of these carcinogens in marijuana than tobacco, which increases your cancer risk" says Cooney.

Other long-term side effects include:

"There have been no long-term studies demonstrating whether or not long-standing usage of marijuana maintains visual function, visual fields or stable optic nerves," says Cooney.

However, there is a question of whether there is potential for THC, a chemical found in marijuana that is not toxic to the lungs, to be beneficial in the treatment of glaucoma.

A concern, Cooney states, is that there is absorption variability from the gastrointestinal tract, meaning there is poor predictability of both its timing and intensity of peak effects.

It has not yet been possible to formulate a THC eye drop that is capable of introducing a sufficient concentration of the drug into the eye due to its low water solubility of active ingredients. Topical applications have been associated with irritation and corneal damage.

"Based on reviews by the National Eye Institute and the Institute of Medicine and on available scientific evidence, the Task Force on Complementary Therapies believes that no scientific evidence has demonstrated increased benefits and/or diminished the risks of marijuana usage to treat glaucoma compared with the wide variety of pharmaceutical agents now available," says Cooney. "But there's still much more to explore with the help of future studies."

Source: Newswise
Advertisement
<< Dieticians Guide to Quit Sugar in Your Diet
Intermittent Fasting may Regulate Blood Glucose Even With No... >>

Glaucoma
Glaucoma is a group of disorders involving the optic nerve, often associated with a rise in ......

Cataract
A cataract is cloudiness in the crystalline lens of the eye that results in a gradually progressive ...