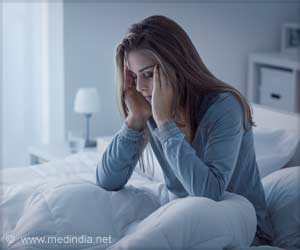 Getting sick in the morning can be different from getting sick at night, reports a new study. The findings of the study are published in the journal Trends in Immunology.

In a review, researchers discuss how the time of day affects the severity of afflictions ranging from allergies to heart attacks.

Fighting infections the natural way and preventing them is always more effective than consuming medicines and antibiotics to treat them.
Advertisement
‘When do you feel sicker in the morning or at night? A new study suggests that our bodys biological clock may have a role to play with your immune system. Therefore, being sick in the morning can be different from being sick at night.’
Read More..
Tweet it Now


A team of researchers in Switzerland compiled studies, predominantly in mice, that looked at the connection between circadian rhythms and immune responses. For example, studies showed that adaptive immune responses--in which highly specialized, pathogen-fighting cells develop over weeks--are under circadian control. This is 'striking,' says senior author Christoph Scheiermann, an immunologist at the University of Geneva, "and should have relevance for clinical applications, from transplants to vaccinations."


The body reacts to cues such as light and hormones to anticipate recurring rhythms of sleep, metabolism, and other physiological processes. In both humans and mice, the numbers of white blood cells also oscillate in a circadian manner, raising the question of whether it might be possible one day to optimize immune response through awareness and utilization of the circadian clock.

Top 15 Foods to Strengthen your Child's Immunity during Monsoon

Wheezing, Crackles Can be More Than Just a Sign of Sickness in Lung Disease

Lung sounds: Wheezing and crackling noises might be more than just a sign of sickness in lung disease, reveals a new study.
Advertisement