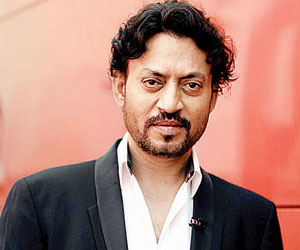 Bollywood actor Irrfan Khan revealed that he was diagnosed with a neuroendocrine cancer and is going out of the country for treatment.

"The unexpected makes us grow, which is what the past few days have been about. Learning that I have been diagnosed with neuroendocrine tumor as of now has admittedly been difficult, but the love and strength of those around me and that I found within me has brought me to a place of hope," he said in a statement.

Advertisement
‘Irrfan Khan was diagnosed with neuroendocrine tumor. However, he has not yet revealed which stage of the condition he is suffering.’

"The journey of this is taking me out of the country, and I request everyone to continue sending their wishes. As for the rumors that were floated, neuro is not always about the brain and Googling is the easiest way to do research. To those who waited for my words, I hope to be back with more stories to tell," 51-year-old Irrfan added.


Neuroendocrine tumors are described as rare and can occur anywhere in the body. Most neuroendocrine tumors occur in the lungs, appendix, small intestine, rectum and pancreas. They can be non-cancerous or malignant.
Advertisement
However, in Irrfan's case, he has not yet revealed which stage of the condition he is suffering or whether it is malignant or not.

His revelation comes days after the internationally known acclaimed actor left fans, friends and colleagues worried by informing them via social media that his life had been shaken up by a "rare disease".

Irrfan began his statement with an emotional quote by Margaret Mitchell, "Life is under no obligation to give us what we expect."

Source: IANS
Advertisement
<< Current Standards to Detect Heart Attacks may Not be Attack ...
Safety and Effectiveness of Corticosteroids Linked to Geneti... >>

Role of Neuroendocrine System in Postpartum Depression Found
Inability to suppress the stress-induced activation of the hypothalamic-pituitary-adrenal (HPA) ......

Two New Genes Linked to Development of Rare Neuroendocrine Tumors
Two new genes; GOT2 and IDH3B, identified to be linked with development of paragangliomas and ......

Better Care for Neuroendocrine Cancer Possible Via PET Imaging
Researchers have revealed that a method of molecular imaging that pinpoints hormonally active ......

Carcinoid Tumors
Carcinoid tumors is a benign tumor that results in carcinoid syndrome. Only 8 to 10% of all carcinoi...