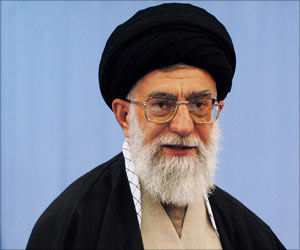 Iran's parliament led by supreme leader Ayatollah Ali Khamenei has voted to ban permanent forms of contraception and birth control in a move to increase the country's population rate. The state news agency IRNA reported that the bill endorses a ban on vasectomies and tubectomies and any form of sterilization. Offenders of this ban would face penalties and lengthy prison terms. The bill also endorsed a prohibition on any advertisement that promotes birth control.

Khamenei encouraged Iranians to give birth to more babies so as to "strengthen national identity" and counteract "undesirable aspects of western lifestyles."

Billboard campaigns across the country, over the last year, read, "A single blossom is not spring" and "More children, better lives." This is in stark contrast to a previous campaign that advocated, "Fewer kids, better lives " issued under Shah Mohammed Reza Pahlavi's rule in the 1960s.


The IRNA reports, the ban essentially aims to promote population growth, however critics and conservatives expressed concerned that this ban will curb the development of Iranian women and push them into more domestic roles.

Mandated coverage of birth control medications in health plans has been supported by nearly 7 in 10 Americans in terms of survey conducted by researchers
Advertisement
It was also reported, public health advisors and other politicians fear that this ban will lead to an increase in the number of illegal abortions. Abortion in Iran is legal. Though administered only under circumstances that arise from danger to the mother's life or specific foetal defects, the numbers remain high. The State media had reported 12,000 illegal abortions between March 2012 and March 2013, more than half the total number in Iran that year.

Incentives that were offered to Iran offered to families to have more children were reversed in the late 1980s owing to a rapid population growth that could have put the economy in danger. Currently Iran's birth rate stands at 1.6 children per woman, MP Ali Motahari said, according to IRNA. At that rate, the population of more than 75 million would fall to 31 million by 2094, and 47% of Iranians would be above the age of 60, said Mohamad Saleh Jokar, another MP. Data gathered by UN observe that the average age in Iran will increase to 40 by 2030 from 28 in 2013.

Iran's ministry of health has announced compensations for fertility treatments that will help Iranian couples to give birth to more babies and push the population growth.