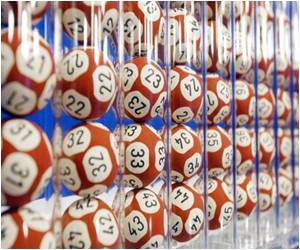 One of two Mega Millions winners came forward to claim her share of the $636 million jackpot. This is the second-biggest in US lottery history.

"It's unreal. It's like I'm still dreaming," Curry, who lives in an Atlanta suburb, said in a statement issued by the Georgia Lottery.


The jackpot was $20 million shy of the record $656 million that was shared by three Mega Millions ticket holders in March 2012.

A state lottery official said Curry had used the birth dates of family members as the basis for selecting her winning numbers.
Advertisement
In lieu of an annuity, Curry opted for a single cash payout from the jackpot she'll share with a California ticket holder who has yet to come forward.

New rules went into effect in October that lowered the odds of winning to one in 259 million, but kept the price of tickets at one dollar each.

Second-richest Lottery Draw in US History
Frantic Americans snapped up $1 lottery tickets on Tuesday as the Mega Millions jackpot swelled to ....