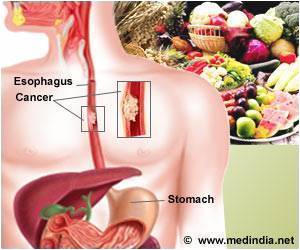 Food transit through the small intestine affects our health and consequently, the body's absorption of nutrients.

The discovery that food transit time is regulated by a hormone, which indicates new ways to increase the intestinal absorption of nutrients and thus potentially treat malnutrition.

One of the tasks of the gut microbiota is to break down essential nutrients from our diet to provide a usable energy source in the colon.


Researchers at the Sahlgrenska Academy, University of Gothenburg, Sweden, have now shown that lack of energy in the colon leads to increased release of a hormone primarily associated with appetite control and insulin secretion, GLP-1.
Advertisement
Importantly, they also showed that the released GLP-1 regulates how quickly food passes through the small intestine. These findings may open up new possibilities to treat malnutrition and malnutrition-related diseases.

The study, published in the prestigious journal Cell Host & Microbe, was led by Professor Fredrik Bäckhed, who heads an internationally recognized research group that investigates the links between the gut microbiota and regulation of the body's metabolism.

"We are continuously discovering new functions that are regulated by the gut microbiota, which highlight its incredibly important function for health and development of diseases," he says.

The article Microbial Modulation of Energy Availability in the Colon Regulates Intestinal Transit was published in Cell Host & Microbe on the 13 November.

Canned Foods and Key Nutrients
In a recent survey it was found that canned foods offered a more affordable, convenient way to get ....

Real Vitamins, Nutrients to Spice Up Meals
A new method can now allow you to spice up meals with real nutrients, vitamins and antioxidants to ....

Study Says Exposure to Micronutrients Pre-pregnancy Associated With Gene Modifications in Offspring
Babies of women who were given micronutrient supplements before they become pregnant had gene ......