World Cancer Day: Interview With a Pioneer in Biotechnology

Every year World Cancer Day is celebrated on 4th February. The theme of 2018 is "We Can. I Can".

Worldwide, about 14.1 million new cases of cancer occurred in 2012. More than 4 in 10 cancers that occur in countries with a low or medium level of Human Development Index (HDI).

Lung Cancer
Lung cancer is a malignant tumor in the lung tissues. Smoking is the main cause of lung cancer with symptoms like recurrent respiratory diseases.
Advertisement
‘Cancer is no more an untreatable disease! It can be effectively treated and cured with timely detection and by harnessing the power of Therapeutic Proteins, says Debayan Ghosh.’

World Cancer Day: Interview With a Pioneer in Biotechnology

The four most common cancers are lung, breast, bowel and prostate cancers. These account for around 4 in 10 of all cancers diagnosed. Lung cancer is the most common cancer among men, and more than 1 in 10 of all cancers that occur in men are lung cancers. Since 1975, lung, breast, colorectal, stomach and prostate cancers have been the most commonly diagnosed cancers in the world.

Debayan Ghosh, Co-founded and built Epygen in the year 2006 with a vision to emerge as a leading biotech innovator enhancing human life. Having worked for leading Biotech companies in the United States and India for more than a decade prior to founding Epygen, Debayan realized the potential for biotechnology to shape tomorrow's world as Epygen's tagline says "building future strand by strand".
Medindia conducted an exclusive with Debayan Ghosh, Founder & President of Epygen Biotech. 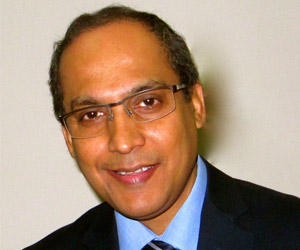 Q. Why is it that the risk of cancers is high in developing countries when compared to the developed countries?

Streptokinase
This medication is an enzyme, prescribed for heart attack, pulmonary embolism and deep vein thrombosis. It breaks up and dissolves blood clots that can block arteries.
Advertisement
Ans. Contrary to common belief, cancer is not new, and probably not a malady shadowed by civilization. In the fossil-rich region of South Africa known as the Cradle of Mankind, scientists have discovered the earliest known case of one of the world's most deadly diseases. Using 3-D imaging, the researchers have diagnosed an aggressive type of cancer called osteosarcoma in a foot bone belonging to a human relative who died in Swartkrans Cave between 1.6 and 1.8 million years ago.

As per National Geographic writer Mark Strauss; the discovery, which has just been published in the South African Journal of Science, suggests that, while modern lifestyles have increased the incidences of cancer, especially in industrialized countries, the triggers for the disease are embedded deep within the human evolutionary past.

Possibly the earliest reference to the condition is attributed to the great Egyptian physician Imhotep, who lived around 2600 B.C. In his writings, Imhotep describes an affliction characterized by a "bulging mass in the breast" that was resistant to any known therapies.

Reference to Cancer as the "Karkat" yoga has been mentioned in thousands of years old Indian scriptures. Earliest and foremost record could be seen in Atharva Veda, where the disease was nomenclature as "APACIT".

This disparity reflects regional differences in the mix of cancers, which is affected by risk factors and detection practices, and the availability of treatment.

These risk factors associated with the leading causes of cancer death include tobacco use (lung, colorectal, stomach, and liver cancer), overweight/obesity and physical inactivity (breast and colorectal cancer), and infection (liver, stomach, and cervical cancer).

Q. What do you think is the most important factor a person should keep in mind for cancer care?

Ans. One should know that cancer is not a new disease, though it had been changing its ramifications with time. Cancerous cells are not alien to human tissue. It is nothing but an uncontrolled growth of cells that starts in an organ, e.g., the breast tissue.

Being one of the most common clinical disorders affecting human civilization, about one in every eight women will develop the condition in her lifetime, making it one of the most common cancers in women. Lung, colorectal and oral cancer have the highest occurrences in men in the developing world, which can be directly related to food habits, tobacco and alcohol abuse and untreated infections.

Early detection is one of the major factors affecting the severity of disease and treatment course influencing its prognosis. The advent of "targeted therapy" and "protein drugs", which can be designed to target and destroy cancer cells without affecting healthy human cells, are changing the world of cancer treatment.

Cancer is no more an untreatable disease! It can be effectively treated and cured with timely detection and by harnessing the power of Therapeutic Proteins.

Q. Could you tell us more about the regulatory pathway of cardiovascular Thrombolytic Recombinant Protein drug?

Ans. Epygen is tied up with CSIR-IMTECH for the Recombinant Streptokinase technology. The source of recombinant Streptokinase (rSK) gene is Streptococcus equisimilis. The SK gene is transferred into an expression vector and produced in E.coli cells as a non-glycosylated polypeptide chain containing around 400 amino acids and having a molecular weight of 47kDa. The Plasmid of this rSK has been transformed to get rid of the traditional Beta Lactam markers and fermented at high cell densities with unique optimization techniques, for overexpression. The rSK is purified by proprietary Downstream Processing and chromatographic techniques.

Currently, Epygen's preclinical trials are happening based on Patalganga plant, and CTs (clinical trials) are lined up. The first biosimilar drug, recombinant streptokinase (SK) will be launched by the company by early 2019 to treat critical cardiovascular disease. Around 17 lakh people die of heart attack in India every year, as many of them cannot afford expensive treatment options like TPA or Cath lab. These patients will benefit from Epygen's biosimilar drug recombinant streptokinase.

Q. What has been your most significant scientific finding so far or rather your most surprising finding?

Ans. Streptokinase is a protein derived from β-hemolytic Streptococci, which can exert its thrombolytic action by indirectly activating fibrinolysis by forming a complex with plasminogen. This complex transforms plasminogen into plasmin by promoting the cleavage of the Arg561-Val562 bond in plasminogen. The amino group of Val562 forms the salt-bridge with Asp740 triggering the active center of plasmin, which leads to the dissolution/degradation of fibrin matrix of the thrombus created by the blood clotting cascade.

The new type of rSK protein expressed by a non-streptococcal bacterial organism has a dramatic effect on major disadvantageous features of the earlier version of SK, namely the induction of an antigenic response and of acute nonspecific febrile and hypotensive side effects. Compared with 48-70% incidence of such reactions noted with natural SK preparations, highly purified rSK causes fewer side effects, an excess over placebo of only 3.5% allergic reactions and 7.9% of hypotension or bradycardia (in patients with AMI) which is a remarkable difference.

A Biosimilar rSK product results in a further reduction in infusion associated side effects by eliminating materials with pyrogenic and hypotensive effects from preparations.
The new version of Epygen rSK non-Beta lactam clone further increases safety profile for this protein as a life-saving drug.

Q. What message would you like to give to the people of India and most importantly for the cancer patients?

Ans. I would like to explain to cancer patients in India, that the new era of "targeted cancer therapy" has arrived on our shores. Biotechnology organizations like Epogen are developing biosimilar Therapeutic Protein drugs within the country, which are used for the targeted treatment of cancer, bringing these otherwise unaffordable drugs within the affordability range of common man.

Filgrastim is a recombinant human granulocyte colony-stimulating factor (G-CSF), a water-soluble protein safely made by E.coli cells using plasmid recombinant DNA technology to produce an identical substance which acts like the naturally occurring cytokine. Filgrastim (G-CSF) is the major regulator of granulopoiesis or the major cytokine regulator of neutrophilic granulocytes, stimulates activation, proliferation, and differentiation of neutrophil progenitor cells by binding to the cell surface receptors on hematopoietic cells in the bone marrow. This speeds up the neutrophil maturation and increases the number of mature neutrophils or "healthy" white blood cells that are released into the circulation, to prevent neutropenia.

Epygen is targeting this Biosimilar protein for oncology patients suffering from chemotherapy-induced neutropenia, particularly the ones in late stages.
About Epygen
Epygen Biotech Pvt. Ltd. is an emerging Biotechnology company in India, headquartered in Dubai Science Park, Dubai, UAE that conducts research and manufacturing a wide range of recombinant "Biosimilar Proteins" (copy drugs similar to existing biologic drugs already approved, but not identical) for the biopharmaceutical space.

Biosimilar to Trastuzumab Approved for Breast or Metastatic Stomach Cancer
A biological product similar to the earlier USFDA approved trastuzumab has now been cleared for treatment of breast and stomach cancer.

Tattoos A Body Art
News Archive
News Resource
Advertisement
News Category
Shocking News: Polio Cases Return After a Decade in the US Death Caused by a Rare Type Amoeba: Research Study Japan Approves Smallpox Vaccine for Monkeypox Did Human Evolution Shrink Your Brain? What to Do When Your Asthma Medication Doesn't Work?
More News
Sign up for Wellness Consult a Doctor Sign up for Selfcare

Noscaphene (Noscapine) Indian Medical Journals Drug Side Effects Calculator Sanatogen Sinopril (2mg) (Lacidipine) Blood Donation - Recipients How to Reduce School Bag Weight - Simple Tips Hearing Loss Calculator Color Blindness Calculator Find a Hospital
This site uses cookies to deliver our services. By using our site, you acknowledge that you have read and understand our Cookie Policy, Privacy Policy, and our Terms of Use