by Nancy Needhima on  November 18, 2010 at 6:21 PM Medindia Exclusive - Interviews and In depth Reports

Transgender Kanchana's life is very similar to the stuff nightmares are made of. Yet she had the courage to rise above her traumatic past, shelve her miserable present and make a documentary that focuses on the challenges of the differently abled. Kanchana is the youngest transgender documentary film maker among other transgender directors who screened their documentaries at the Russian Cultural Centre, Chennai, thanks largely to the efforts of Alliance Française de Madras and the Sahodari Foundation, founded by Ms. Kalki Subramaniam, India's leading transgender celebrity and activist. Kanchana's maiden attempt, 'Nambikkai', a documentary on Hope, showcases the life of the differently abled. Medindia meets with Kanchana to find the ingredients of her story and narration.

Q. Tell us something about your work 'Nambikkai' (Hope) 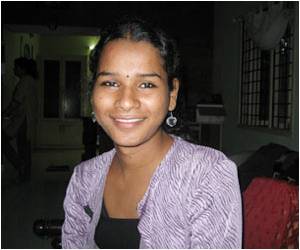 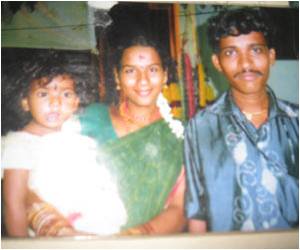 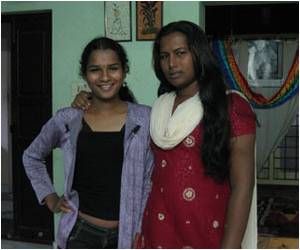 A. Though the differently abled begfor a living, they look for work hoping to live with dignity. I really like them a lot, they are very brave and I really loved making this movie. Despite the insults and insensitivity of the people, the sharp comments, hurtful jokes, they continue to move on.


Q. What inspired you to take up the issue of the differently abled?

A. Sometime back, I had a good friend, Kannan, I met him in the train and then I started seeing and talking to him regularly while commuting. He was handsome, talented and kind but couldn't speak since birth. Despite so many admirable qualities in him girls rejected him and refused to marry him, solely because he couldn't speak. Because of the kind of person Kannan was, I began to respect the differently abled a lot more than before. I began to notice their good qualities more than feeling sorry for them.

I loved cooking, he loved my cooking, he loved my dancing, we used to dance together and I began liking him a lot and wondered why I couldn't be his partner for life. And just when I thought of expressing my feelings towards him, he had vacated his house without informing me. But, should I ever meet him again, and he is still single, I will tell him how I feel about him. I will marry him.

I buy things that the differently abled sell and I buy them out of love for them. I want to study and work at the same time and maybe help them with the money I make.It will be nice if rich people feel a sense of responsibility towards the differently abled and help them live with dignity and self respect. . As human we owe each other and we must be there for each other. I don't know if God exists, but we have someone before our eyes that we can show our love.

Q. Apart from making documentaries what do you like?

A. I want to make full length movies, try my hand at web TV, internet FM and other projects Kalki periyamma (aunt) is planning to launch. I am interested in the Viduthalai Kalaikuzhu Sahodari Foundation, where we play old music instruments, some made of African bamboo. We also organise skits and plays. I want to learn, I am looking forward to starting school. At the moment I am a staff at the Sahodari Foundation. On and off, I dance because it is my side business. Soundharya chitti (aunt) taught me how to dance.

Q. What was the biggest challenge you faced in life?

A. Last year, I had a sex-change operation. My guru in Salem helped me to have the operation. Someone accidentally poured hot water on me. So instead of recovering after the sex change operation in 30 days, it took me two months to heal. Some parts of my body almost rotted because of infection.

Q. Salem is a different city and too far for someone your age to come and live in Chennai by yourself. How did you land in Chennai?

A. I was born Sathya, a single boy to my parents, but my parents looked at me and treated me like a girl. I used to dress like a girl, wear bindis, and had long hair. But one day my parents shaved my hair and I was so angry and fought with them. By the time I was eight years old and in 2nd standard, people started looking curiously at me and that made me angry. A year later I started applying turmeric paste which is normally used by girls in India, I had shoulder length hair, decorated my eyes with kajal, wore bindi and girls felt free to mingle with me. I spent more time with girls and avoided boys. So the boys complained to the teacher who later insulted me saying, "If you don't change, you'll be made to dress like girls." But that was how I already felt and was doing.

Q. How did your family react to the person you were?

A.My uncle sexually harassed me and when I refused him sexual favours and insulted him, he complained to my father, telling him that he should get rid of me, and that they could always have other children. My father and my uncle then belted me and in front of everyone I confessed how my uncle tried to misbehave with me. My father then believed me and he felt bad. I accused my parents for dressing me up like a girl in my younger days and for making me the way I was and I left home vowing to return only after I became successful.

Q. Where did you go after that?

A. Child Support 1098, took me in, and was planning to return me to my parents. But as I refused, I was sent to Don Bosco Anbu Illam in Royapuram. I studied there as a transgender and everyone there knew I was a transgender. I was even invited to participate in the NGO's 10 anniversary celebration. When I was in the 7th standard, about 13 years old, the warden insulted me in front of everyone for behaving like a girl. I informed the matter to the organizers and left the hostel. My education ended abruptly. It was only after a year since I arrived in Chennai, I saw the Marina beach. There is a slum there called Nochikuppam, near the lighthouse. A lady called Latha akka (elder sister) and her husband Siva took me in. They had two sons, Anil and Shankar, the second one was like me, and we danced the 'girl dances'. Latha akka used to give me 'sundal' to sell to the people coming to the beach. Some ofthe people who bought sundal, gave me gifts and bought me things. That's when I met Aandal amma.

A. She was the first transgender woman I met. I was just into my teens and though I myself was a transgender I teased her with insulting movie songs on transgender people. My friends and I teased her for three days and on the third day she nabbed me and I confusedly addressed her as Brother and then Sister and begged her to let me go. She proudly announced that she wanted to be addressed as 'Sister'. She looked at me and she said, "You are no different from me, don't you want to be a girl?" Finally, I thought my dream was going to come true. So I left with her and started 'Kada vasool' (begging money from shops) in Perambur. I wore a dress and I looked like a baby, not even a girl. Back then I was too young to know that people were taking advantage of me. They used to pinch my cheeks, touch me inappropriately. I started realizing these as I started growing up.

Q. So when did you become aware that you were a transgender?

A. When I was 16 years old, I was a complete transgender but was not operated. I was teased and harassed by rowdies. After I got operated at the age of 17, like I had mentioned earlier, I took a long time to heal. We too have a function on the fortieth day similar to what people have when a girl reaches puberty. But mine was after two months, only when I fully recovered. I wore lovely clothes and my maami (aunt) (in the transgender community), sponsored my clothes and jewellery. Finally I am here now with Kalki following her guidance.

Q. Did you go to visit your parents?

A. After the sex change operation, I visited my parents. They have other children now. It hurts my mother to see me this way, but she doesn't show it, else she knows I will get upset.

Q. What are your expectations?

A. I am very peaceful and happy now. I do a lot of useful things. I really want to go back to school and exceed my godmother Kalki's expectations.

It is amazing that a person with such overwhelmingly tragic experiences in life has made a truly inspiring documentary film or the differently abled. Not once, did she bring her life in the fore front to overshadow the lives of people she was discussing in her documentary fittingly entitled 'Hope'. It surely proves that when one human being especially someone as sensitive and young as Kanchana is provided with a fair opportunity, irrespective of her transgender status, it goes a long way in helping her and others like her participate as responsible citizens in the nation's progress.