Few things in the world are more heart-breaking than the plight of a child with autism struggling to cope with today's fast paced world. Though Autism Spectrum Disorders range from mild to serious disability, many autistic persons display exceptional abilities in visual skills, music and academic skills. As a parent what you need to know is that Autism is not caused by bad parenting but is due to the abnormality with the emotional circuits in the brain. It is like the wires of the circuit board getting wrongly connected. 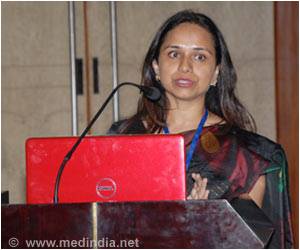 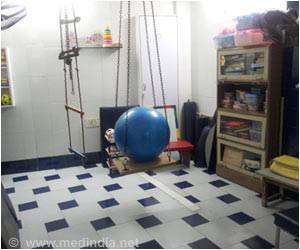 A bright place to engage kids with autism 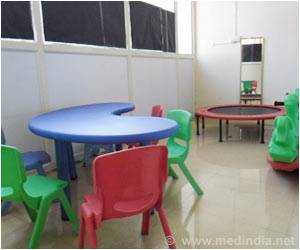 Q. Tell us some typical symptoms of autism that you've come across among your patients?


A. The symptoms vary greatly from patient to patient depending on the severity and age of the child. Smaller children present with speech delay, hyperactivity and difficulty in following instructions or learning. These children usually have poor eye contact, excessive shyness, poor speech, repeating the same words, excessive clinginess to toys, spinning, rocking etc. Some patients may show aggression and biting behavior.

Q. How important is it to recognize the early signs of autism and see a medical expert for early intervention services?

A. It is very important to seek professional help because the earlier the behavior is picked up, the better is the outcome. Accurate diagnosis is important along with grading of the condition. The patient has to be monitored regularly during early intervention.

Q. Can a woman reduce her risk of having a child with autism?

A. At present, there is no antenatal diagnostic test for detecting autism during pregnancy. However the risk in the sibling is higher if one child is affected with autism.

Q. Tell us from your experience, any proud and satisfying moment in treating a child with autism?

A. We had a very satisfying experience with our youngest patient, a 20 month old child who recovered remarkably well after 1 year of intervention. This further strengthens the importance of early intervention. Another follow up autistic adult is completing graduation this year and although he still is a loner and avoids eye contact, he is moving towards self reliance and self confidence.

Q. Tell us some common myths and facts of autism that can help create better awareness among the general public?

Myth: Autism can get cured completely with medicines.

Fact: Autism is a neurodevelopmental condition and hence does not go away, but the various therapies and medications help individuals with autism lead a near normal life.

Myth: Autism is an emotional or mental health disorder.

Fact: While physical or social behaviors of individuals with autism may suggest that they have a psychological disorder, autism is actually a biological illness that affects the brain's growth and development.

Myth: There is an autism epidemic at present.

Fact: The word "epidemic" often implies a sudden increase in the number of individuals within a fixed time who have a particular ailmentin this case, autism. Yes, the number of cases has increased due to more social and media awareness about autism and more and more cases are getting diagnosed.

Fact: This is a common belief that autism is a western disease but this is not true as we do see a lot of autism in India since the last decade. Earlier these children were misdiagnosed as having mental impairment or other psychiatric conditions.

Myth: Autism is a result of bad parenting.

Fact: Autism is a neurodevelopmental disorder and since it manifests when the child is around 2 to 3 years of age, it is often attributed to bad parenting, but in fact it has very little to do with parenting skills.

Q. Some tips to parents/caregivers to improve their care for children with autism?

A. Parents and home based program are the backbone of effective treatment plan for Autism. During the long intervention period parents are involved in the therapy. As the problem is usually with behavior, the behavior modifications are discussed with the parents and they are told to follow the same at home. Individual attention and special care is needed to manage specific behaviors. The most difficult part is however the acceptance by the parents that their child has autism.

Mary Temple Grandin, professor at Colorado State University and autism activist sums it all very well - 'Mild autism can give you a genius like Einstein. If you have severe autism, you could remain nonverbal. You don't want people to be on the severe end of the spectrum. But if you got rid of all the autism genetics, you wouldn't have science or art. All you would have is a bunch of social 'yak yaks.'

As Dr. Anjana Thadhani rightly observes, autistic children can be tuned to become achievers. Though a child diagnosed with autism can make parents very anxious, there are many success stories of remarkable people around the world on the autism spectrum who have been a source of inspiration even to 'normal' people. If there is enough awareness among everyone that persons with autism just have 'a different way of viewing the world' then it will be easier for those on the autistic spectrum to live with others without a struggle and make valuable contributions to society.