Internet-Based Medicine Info Not the Best Advice to Follow 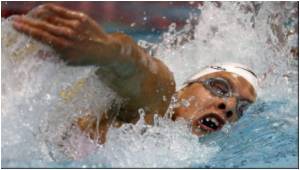 A new study has found that the quality of online information about the most common sports medicine diagnoses varies widely.

Therefore, patients who use the Internet to help make medical decisions need to know that the web may not be giving the whole picture, suggests the study.

Ayurvedic Sports Medicine to be Used in Kerala

Media reports have indicated that the Kerala Government is exploring the potential of the traditional Indian system of medicine, Ayurveda as sports medicine.
Advertisement

"The reason that we decided to undertake this study is that patients are presenting to their physicians office with increasing frequency armed with printouts of information obtained from the Internet," said Madhav A. Karunakar, an orthopaedic surgeon at Carolinas Medical Center in Charlotte, N.C., and one of the study's authors.


"Physicians and patients should be aware that the quality of information available online varies greatly. Additionally, physicians should be prepared to discuss this information with their patients in order to ensure that it is not misinterpreted," Karunakar added.

Doctors from Cuba, Bangaladesh, Sri Lanka and Nepal, besides India, will be among the 500 delegates who will take part in a three-day sports medicine conference
Advertisement
Nearly three-quarters of the U.S. population has access to the Internet, and more than half of those people go online for health-related information at least once a month. However, quality controls over the health information found on the web have not grown at the same rate that Internet use has.

The study's authors chose ten of the most common sports medicine diagnoses and reviewed the online information available on them.

Using the two most frequently used search engines (Google and Yahoo), the authors reviewed the top ten search results for each diagnosis, looking for completeness, correctness, and clarity of the information.

They also recorded the source of the information-whether the site's owner was a nonprofit organization, news source, academic institution, individual, physician, or commercial enterprise.

In terms of content, Karunakar says, nonprofit sites scored the highest, then academic sites (including medical journal sites), and then certain non-sales-oriented commercial sites (such as WebMD and eMedicine).

The least accurate information sources were newspaper articles and personal web sites. Commercial sites with a financial interest in the diagnosis, such as those sponsored by companies selling a drug or treatment device, were very common but frequently incomplete.

"About 20 percent of the sites that turned up in the top ten results were sponsored sites. These site owners are motivated to promote their product, so the information found there may be biased. We also found that these sites rarely mentioned the risks or complications associated with treatment as they are trying to represent their product in the best possible light," Karunakar says.

The study has been published in the July 2010 issue of the Journal of Bone and Joint Surgery (JBJS).