'International' Christmas Tree Up at the Vatican 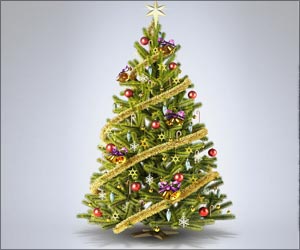 A giant 'international' Christmas tree, carried all the way from the German state of Bavaria, has been lit up in the St Peter's Square on Friday.

"This is an international tree! It grew near the border between Germany and the Czech Republic," the pope said as he received a delegation of pilgrims from Bavaria.

He said that the gift reflected "the spiritual closeness and friendship that link the whole of Germany, and particularly Bavaria, to the Holy See".


The 25-metre (82-foot) high pine is a gift from the town of Waldmuenchen and will stand next to a Nativity scene from Naples that will highlight the role of ordinary people in line with the pope's humble style.

New Magazine in Latin Unveiled By Vatican
A revamped version of its Latin-language journal "Latinitas" was presented by the Vatican....

Vatican, British Libraries Put Ancient Bibles and Rare Greek and Hebrew Texts Online
Through a website set up by the Vatican and Oxford University, a treasure trove of ancient bibles .....