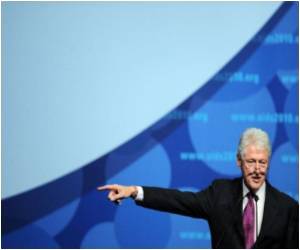 The 18th International AIDS Conference closed in Vienna on Friday after six days of seminars, workshops and networking on fighting AIDS and the human immunodeficiency virus (HIV) which causes it.

Closing ceremonies heard video messages of support from South Africa's Nobel-winning anti-apartheid campaigner, Archbishop Desmond Tutu, and from US President Barack Obama and US Secretary of State Hillary Clinton, whose country will stage the next conference.

"Ending this pandemic won't be easy, and it won't happen overnight," Obama said.


"But thanks to you, we've come a long way, and the United States is committed to continuing that progress."

More than 19,300 clinicians, policymakers and grassroots workers attended the conference, which staged 248 meetings and presented more than 6,000 studies and work projects, said its organisers, the International AIDS Society.

This Interactive provides step by step visual aid showing how to correctly use condoms which can prevent transmission of HIV, other sexually transmitted diseases and pregnancy
Advertisement
The world forum is held every two years. The next will be held in Washington from July 22 to 27, 2012.

At least 25 million people have been killed by acquired immune deficiency syndrome (AIDS) since 1981. More than 33 million people are living with HIV and new infections are occurring at the rate of around two million a year.