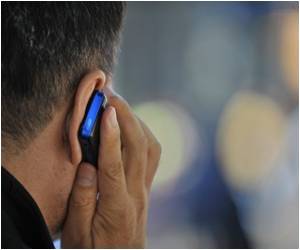 Researchers says that the gender and tone of automated voice systems that are often used in place of human customer service representatives can impact a caller's user experience.

In the study, participants interacted with an automated phone system, also known as an "interactive voice response" (IVR) that collected information about their health.

A plan by NHS that will result in all hospital appointments calls being outsourced to Indian call centres has been slammed by critics as 'cheapskate'.
Advertisement

The participants were asked to rate the user-friendliness of different systems, featuring male or female voices that spoke in different tones (upbeat, professional, or sympathetic).


An IVR with a male voice often was perceived as more usable than one with a female voice. However, a male IVR typically was not considered more trustworthy, the researchers found.

Call Centre Workers More Likely to Call in Sick Than Others

A British study has shown that workers associated with customer services, such as call centre operators, are more likely to be off sick than those with different jobs.
Advertisement
"Anyone who uses an IVR knows how frustrating they can be," Philip Kortum, study researcher from Rice University, said in a statement.

"Much of this frustration stems from poorly designed IVRs, not from the form of interface being intrinsically 'bad'. This research shows that some simple modifications to the design of these systems can have an impact on the usability of voice interfaces," he added.

The findings of the study will be presented at the Human Factors and Ergonomics Society annual meeting in Boston next month.

Fresh concerns have been expressed over reports that Indian call centre employees are stressed out and tend to take to drugs. UN Office on Drugs and Crime is now doing a survey on the issue.
Advertisement
<< Increasing Natural Marijuana-like Brain Chemicals Possible T...
American Chateau Wine Cannot be Sold in European Union >>