Insecticides may Pose Health Risks for the Nervous System 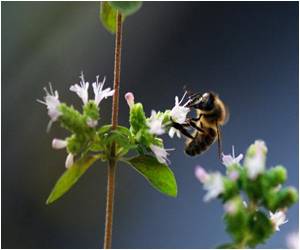 Two widely used insecticides, may pose health risks to the human population, and has already caused a decline in the bee population, the EU explained.

The neonicotinoid insecticides acetamiprid and imidacloprid "may affect the developing human nervous system," the European Food Safety Authority said, the first time such a link has been made.

As a result, experts wanted "some guidance levels for acceptable exposure ... to be lowered while further research is carried out to provide more reliable data on developmental neurotoxicity (DNT)."


The EFSA said its opinion was based on recent research and existing data on "the potential of acetamiprid and imidacloprid to damage the developing human nervous system -- in particular the brain."
Advertisement
The research suggested the two insecticides "may adversely affect the development of neurons and brain structures associated with functions such as learning and memory," the EFSA said in a statement.

"It concluded that some current guidance levels for acceptable exposure ... may not be protective enough to safeguard against developmental neurotoxicity and should be reduced," the EFSA added.

Earlier this year, the European Union restricted the use of a series of insecticides made by Swiss chemicals giant Syngenta and its German peer Bayer on concerns they were responsible for a catastrophic decline in bee populations

In May, it banned for two years the use of imidacloprid -- cited in Tuesday's action -- and clothianidin produced by Bayer, along with thiamethoxam made by Syngenta, to treat seeds or be sprayed on soil or plants and cereals which attract bees.

In July, it restricted the use of fipronil, made by Germany's BASF, for similar reasons.

Bee numbers have slumped in Europe and the United States in recent years due to a mysterious plague dubbed colony collapse disorder (CCD), sparking concerns crop pollination and so food production could be put dangerously at risk.

It is estimate bees account for some 80 percent of plant pollination by insects.

The companies involved insist that their products are not at fault and Sygenta and Bayer said in August they would take legal action against Brussels.

Chemical in Insecticides Linked to Slow Cognitive Development of Babies
A new research has found that children whose mothers inhaled a chemical that is commonly found in .....