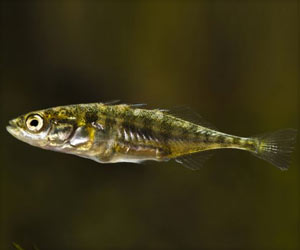 Inorganic mercury from the ore cinnabar was used for centuries against infections. In modern times, humans synthesized organic mercurials as antimicrobials, such as merthiolate. University of Georgia research has found that inorganic mercury, which was previously thought to be a less harmful form of the toxic metal, is very damaging to key cell processes.

This study is the first to compare the effects of inorganic and organic mercury compounds at the biochemical, physiological and proteomic levels in any model organism, according to the study's lead author Stephen LaVoie, a microbiology doctoral student. Published in December 2015 in the Journal of Biological Inorganic Chemistry, the research looked at how inorganic and organic mercury affected specific molecular processes.

"Today, most human exposure to inorganic mercury is from dental fillings, and organic mercury exposure is from methylmercury in fish," said study co-author Anne Summers, a microbiology professor in the Franklin College of Arts and Sciences.


LaVoie explained, "Organic mercury exposure is associated with neurological disease, whereas inorganic mercury is known to cause neurological, kidney and autoimmune diseases. However, the molecular basis for their distinct toxicity profiles was not understood. Owing to concern about fish consumption, most research has emphasized organic mercury, assuming it was more toxic. But comparing them on key cellular processes, we found that inorganic mercury caused more damage at lower concentrations than organic mercury."

A wide range of topics including adverse health effects of mercury and risk factors for developing diabetes were discussed at the conference on 'health and environment' held in Chennai on April 18.
Advertisement
For his study, LaVoie used a common lab strain of E. coli bacteria as a model cellular system. He exposed growing cells to mercury compounds and measured their reactive sulfur called thiols-essential metals and proteins that naturally bind essential metals via amino acid thiols.

LaVoie said, "We used a fluorescent probe to detect thiols. After mercury exposure the thiols decreased more with inorganic than organic mercury. Inorganic mercury was much more efficient at removing iron from iron-dependent proteins than the best organic mercury compound tested."

Summers said, "As fellow oxygen-breathing creatures, it's important to know that inorganic mercury is more potent than organic mercury in disrupting protein-iron centers such as those we have in our own cells."

LaVoie said, "More is being learned about the bacteria in and on our bodies. What we ingest affects them, too, and their health affects our health."

According to a recent study, exposure to methyl mercury by ingestion of fish does not increase the risk of coronary heart disease, stroke, or other cardiovascular diseases.
Advertisement
<< Mutation of Cancer Causing BAP1 Gene Passed Down Over Centu...
Helmetless-Tackling Drills Reduce Head Impact by 28% in One... >>

Two studies by Dartmouth researchers and their colleagues shed new light on mercury pollution in the waters of the northeastern United States.