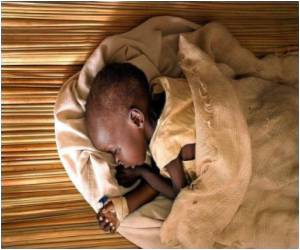 The poor can turn climate-related weather disasters to their advantage, as some Hondurans seem to have done.

They adopted an innovative technique to challenge the established order and claim forest lands for themselves.

Rat meat is selling like hot cakes in certain pockets in southern India. That is a new phenomenon for the country.
Advertisement

Thus the poorest inhabitants of a small village in northeastern Honduras increased their land wealth and their share of earnings relative to more wealthy residents after Hurricane Mitch devastated their village in October 1998.


The findings offer a glimmer of hope from widespread concerns that the world's poor will suffer the most from shocks created by global climate change.

Sir David Attenborough and Archbishop Desmond Tutu have called on world leaders to do more to protect the poor from the devastating effects of climate change, which hits them the hardest.
Advertisement
"In the face of climate shocks, the fate of the poorest is not sealed," said Kendra McSweeney, co-author of the study and associate professor of geography at Ohio State University.

"Our study suggests that alternate outcomes are at least possible, and there may be ways for the poor to improve their situations if they are given the opportunity to come up with their own solutions."

The key for the people in this study was that, without outside interference, they were able to come up with a new method for how residents could own land - a necessity for survival in this rural, agriculture-based community, McSweeney said.

McSweeney wrote the study with Oliver Coomes of McGill University in Montreal, Canada. Their study appears in the online Early Edition of the Proceedings of the National Academy of Sciences (PNAS).

The study is based on observations made by McSweeney before and after Mitch in Krausirpi, a small community of about 600 indigenous people called the Tawahka.  She began her work in the community in 1994 - four years before Hurricane Mitch - and continued until 2002.

The town is situated along the  Patuca River, about 100 kilometers due south of Honduras' coast, and it was devastated by the hurricane.

Many of the town's residents made a large proportion of their living from agriculture on the nearby floodplains and upland fields. But the hurricane destroyed 95 percent of the floodplain's 125 acres of cacao orchards, effectively ending this key source of income for the residents.  The storm also extensively damaged the upland manioc and banana/plantain crops, as well as the rice crop.

In order to compare how residents fared after the hurricane, the researchers separated the population into thirds, based on the amount of land they owed.  They found that the land-poorest third of the residents - half of which were headed by single women - lost 59 percent of their land to the hurricane, compared to just 36 percent land loss suffered by the land-richest third of the residents.

But while the poorest were hit hardest by the hurricane, they actually showed a remarkable rebound in the years following, McSweeney said.

By 2002, the households in the study had not only recouped their hurricane-caused losses, but tripled their average holdings, from 13 hectares to 42 hectares.  Households that owned the most land before Mitch gained the most back by 2002.

But the households who were the land-poorest before Mitch had a greater relative gain - a 296 percent increase in land held from 1998 to 2002.  Overall the total land held by the formerly land-poor doubled by 2002, the results showed.

The result was that the poorest saw their share of the community's aggregate income increase from 18 percent to 41 percent over that time.

Much of that income increase came because the poorest residents increased the amount of money they received from local salary or wage work.  Many poor residents accepted positions with the forestry service and other organizations involved in post-Mitch cleanup or management of a local biosphere reserve.

The young people who made up most of the area's poor were most likely to speak Spanish and were less likely to have family members at home they had to care for, which made them ideal for many of the jobs that opened up after the hurricane.

But the key to the comeback of the poorest residents was a subtle change in how people could claim land as their own, the researchers found.

Before the hurricane, people could claim land from the nearby forests only after they cleared it and began using it for crops.  That favored the rich, since they could hire people to clear land and plant crops.

The poor, on the other hand, could not pay people to clear land and didn't have time to spend on work that didn't provide money.

But after the hurricane, some residents began roping off areas of the forest and claiming it as their own without clearing it.  Some of the money they earned on reconstruction efforts was used to hire people to clear parts of their land, as needed for crops.  But they felt secure that they had the land they claimed, even if it was not all cleared.

"It was a tiny shift in thinking about how you owned land.  But the ramifications were extraordinary," McSweeney said.

"No outsiders or even Tawahka leadership even were aware of what was happening.  There was no group decision.  One person claimed land, and then a neighbor did.  The solution took off virally within the community.  It was a ground-up solution to a problem that ended up helping everyone."

McSweeney said what happened in this community goes against what many experts believe happens in a disaster, at least in poor, mostly rural areas.

"We expect that elites will dominate, that they will use the disaster to their own advantage.  The reason that didn't happen here is that the poor found a solution in their own quiet way, and it was a done deal by the time the elite had found out."

McSweeney said one of the surprising aspects of what happened is that the people themselves didn't really think what they were doing was revolutionary in any way.  They just saw a problem and found a way to solve it.

The value of the changes in their way of life became clear in 2008, when tropical storms created flooding in the community that was as bad as that caused by Hurricane Mitch.  But when residents were interviewed later, they reported that they bounced back quickly, McSweeney said.

In many ways, what happened in Krausirpi is unique.  But there are still generalizable lessons for the rest of the world, McSweeney said.

"In the face of climate-related disasters, do not discount local people's ability to sort things out on their own.  That doesn't mean they don't need help, but they need the time and space to figure out solutions that work best for them," she said.

The Tawahka people in this study were helped by the fact that outsiders helped provide them with jobs, but didn't interfere in how land was used in the community.  That gave residents the space they needed to create their own solutions.

"It is not helpful to think of the poor only as vulnerable victims of climate change.  They show real resilience that can help them survive in the face of challenges," McSweeney said.

Women bear the disproportionate burden of climate change, but have so far been largely overlooked in discussions on coping with the problem, says The State of World Population 2009.
Advertisement
<< Opioid Prescriptions
Guided Care Benefits Elderly Patients >>

The Essence of Yoga Drug Side Effects Calculator Loram (2 mg) (Lorazepam) Post-Nasal Drip Daily Calorie Requirements How to Reduce School Bag Weight - Simple Tips Vent Forte (Theophylline) Blood Donation - Recipients Indian Medical Journals Find a Doctor
This site uses cookies to deliver our services.By using our site, you acknowledge that you have read and understand our Cookie Policy, Privacy Policy, and our Terms of Use  Ok, Got it. Close
×