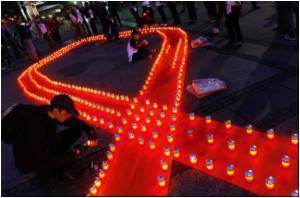 A novel approach to eliminate HIV in the host by destroying only the infected cells is an idea being explored by scientists and if this is a success can lead to an effective anti-HIV therapy.

Current HIV treatments do not eradicate HIV from host cells but rather inhibit virus replication and delay the onset of AIDS.

On infection, HIV spreads through the human body after the viral DNA is incorporated into the genome of host cells.


Highly Active Anti-Retroviral Therapy (HAART) works by blocking HIV replication at various steps but does not eliminate the infected cells.

Professors Abraham Loyter, Assaf Friedler and their colleagues at Hebrew University, Jerusalem, focussed on the elimination of infected cells.

Encyclopedia section of medindia explains in brief about the treatment for AIDS/HIV
Advertisement
Loyter contends that while HIV integrates its DNA into the human genome, it only inserts enough DNA to replicate yet avoids host genome instability leading to programmed death of the infected cells (apoptosis).

The researchers sought to induce increased integration of HIV DNA into human genome that could lead to apoptosis.

Toward that goal, they developed peptides (called "mix") that can penetrate into infected cells and stimulate the activity of the viral integrase.

"Whilst this research is promising, a major caveat with these studies is that they are preliminary. So far these experiments have only been shown to 'cure' HIV from small dishes of cultured cells in the authors' laboratory, but the findings are an exciting development in the quest to eradicate this devastating global pandemic," said Loyter.