Injectable Sponges Could Save Lives on the Battlefield 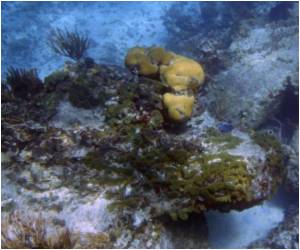 A new simple method could revolutionize battlefield medicine. A syringe filled with injectable sponges, shot directly into a wound to stop massive bleeding which is a major cause of combat fatalities.

The survival rate of US soldiers wounded while fighting in Iraq and Afghanistan was nearly 90 percent -- a record for modern armed conflict -- with only 6,800 deaths out of 51,900 wounded.

This is due largely to an improvement in battlefield first aid during the critical first hour in which the wounded person must be evacuated by helicopter to a hospital.


But nearly a quarter of combat deaths are still considered potentially avoidable, according to a study by the US Army that focused on 4,596 fatalities between 2001 and 2011. In nine cases out of 10, these avoidable deaths were due to massive blood loss.
Advertisement
"Hemorrhage is the leading cause of death on the battlefield,"s aid Dr. Anthony Pusateri, portfolio manager of the Department of Defense Hemorrhage and Resuscitation Research and Development Program.

Pusateri explained that junctional hemorrhage -- bleeding at the junction of the legs or arms with the torso -- and hemorrhage from deep wounds on which it is impossible to put a tourniquet or apply manual compression are the most dangerous.

The tourniquet, with which each soldier has been equipped since 2005, has reduced fatalities among soldiers wounded in the arms or legs by 85 percent.

But when an artery is severed in the groin, armpit or abdomen, medics are often at a loss to save the person's life.

This could soon change. The US Food and Drug Administration last week approved the marketing of XStat, a large syringe-like applicator three centimeters in diameter and filled with 92 small tablet-shaped expanding sponges.

"XSTAT is a novel device that can be rapidly deployed, providing fast-acting hemorrhage control to stabilize a wounded patient for transport,? the FDA said in a statement.

The sponges are injected directly into a wound, expanding and swelling to fill the wound cavity after approximately 20 seconds upon contact with water from blood or bodily fluid.

It is not even necessary to exert pressure on the wound, said John Steinbaugh, director of Strategic Development at RdvMedX, the company that created XStat.

Each sponge, a centimeter in diameter, has an absorbent coating and a marker visible via X-ray so they can be removed easily when the wound is closed.

US Army special forces gave a grant of $5 million to RevMedX in 2009 to develop the technique, initially thinking of a system similar to that of kits used for quick fixes of punctured tires.

"We started with expanding foam, gels, none of them were working. They were pushed out" of the wound by the blood flow, Steinbaugh told AFP. "Somebody thought about the sponge toys that expand into giant dinosaurs."

"We decided to use compressed sponges and the very first time it worked," he said.

The army has started placing orders and several foreign armies are also interested in the product.

The sponge-filled syringe seems destined to have applications in the non-military realm, too.

The company obtained a grant last year from the Bill & Melinda Gates Foundation. The goal is to develop a version of the syringe adapted to deal with post-partum bleeding, which kills more people around the world than combat wounds do, said Steinbaugh.

Nanosponges Could Help Fight MRSA
A new study published in the journal Nature Nanotechnology suggests that one way to overcome MRSA .....

Sea Sponges Share a Genetic Connection With Humans
Mankind may be descended from apes but Australian scientists have found proof of links much closer ....

Injectable Sponges can Deliver Drugs and Cells Inside Body
Harvard bioengineers developed a gel-based sponge that can be molded to any shape, loaded with ......