According to researchers at the Graduate School of Biomedical Sciences at the Icahn School of Medicine at Mount Sinai, blocking certain enzymes in the cell may prevent cancer cell division and growth.

The discovery is published in the April 25, 2013 issue of the journal Molecular Cell.

In order to divide, a cell needs to create copies of its genetic material to provide to the new cells, called the "daughter" cells. Several enzymes in the cells, called cyclin dependent kinases (CDKs), act as the traffic cops for this process, making sure that DNA is copied correctly and determining when the cell should move into the next stage of division. Each CDK has a different responsibility during cell division. For example, CDK1 promotes the segregation of DNA into the new daughter cells; CDK4 and 6 act on a tumor suppressor gene; and CDK7 plays an important role in DNA transcription into RNA.


When the cell reaches a stage called the "restriction point," it has passed the threshold where division can be safely stoppedthe point of no return. For years, scientists have been working to inhibit the activity of these CDK enzymes in cancer cells before they reach the restriction point, so that that cell division stops and cancer cannot proliferate.

Led by Robert Fisher, MD, PhD, Associate Professor of Structural and Chemical Biology at Mount Sinai, the research team evaluated human colon cancer cells in a petri dish to assess the activity of CDKs. Previous research had shown that CDK7 was a critical enzyme in cell division, but the team wanted to learn how its activity influenced other CDKs; specifically, CDK4 and CDK6, two critical enzymes that act prior to the restriction point and whose regulation is not completely understood.

"While we know that CDK7 plays an essential role in all cells, its precise activity and specific targets in the cell remained unclear," said Dr. Fisher. "CDK4 and CDK6 have also been elusive targets in our research, and we wanted to learn how CDK7 affected them."

Turning off CDK4 and CDK6 has been shown to be effective in blocking division of some cancer cells and is currently being tested in clinical trials. The new study suggests that turning off CDK7 might be equally or more effective, making all three enzymes viable therapeutic targets for the prevention of cancer cell proliferation. Taking advantage of a unique method they developed to control CDK activity in human cells, the research team found that when they "turned off" the activity of CDK7, CDK4 and CDK6 were also inactivated rapidly. This makes sense, because CDK7 is able to activate both CDK4 and CDK6 in the test tube, enabling them to modify a key tumor suppressor protein, which is thought to be how they promote cancer cell growth and division.

"These findings complete the story of CDK activation in human cells, in which one CDK is capable of activating others," said Dr. Fisher. "Now, we want to evaluate what signaling pathway earlier in the cell division process leads to CDK7 activation, so that it can in turn activate CDK4 and CDK6. This pathway may be an important therapeutic target for cancer, and possibly other diseases as well."

Next, Dr. Fisher and his team plan to find out what is happening upstream, or earlier, in the cell division process that turns up the activity of CDK7, and also to learn more specifically how it is interacting with CDK4 and CDK6.

Researchers Find New Ways to Kill Cancer Cells With Caffeine
Researchers at University of Alberta have identified new ways through which they can utilize caffeine's lethal effects on cancer cells by testing them out on fruit files.
READ MORE 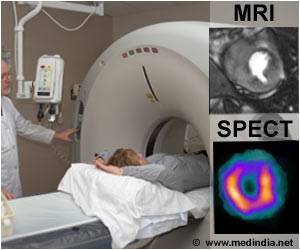 Scientists Develop Radioactive Bacteria to Attack Cancer Cells
A new radioactive bacteria is being developed by scientists that could help treat patients who are suffering from pancreatic cancer.
READ MORE