A University of Denver (DU) study has revealed that inhaling vapours of common household goods, such as glue or nail polish, could increase suicidal thoughts and attempts in adolescents.

In the study, Stacey Freedenthal and Jeffrey M. Jenson of DU's Graduate School of Social Work joined researchers from Chapel Hill and the University of Pittsburgh to examine 723 incarcerated youth, which included 629 boys and 94 girls at an average age of 15 years.

The participants were asked if they huffed or inhaled any of the 35 common household substances, such as paint, paint thinner, shoe polish, spot remover, floor polish, kerosene, gasoline, antifreeze, permanent markers, nail polish remover, mothballs, waxes, lighter fluid, and others.

Analysis of the participants found that the correlation between huffing and suicidality was greater in girls than boys.

Researchers also found a significant increase in suicidal thoughts and attempts with higher use of volatile solvents.

More than 80 percent of girls who abused inhalants revealed a history of suicide attempts, while less than 60 percent of boys showed the same history.

Researchers did not determine which problem came first, the huffing or the suicidal behaviour, but revealed that the two were undeniably connected, even when accounting for numerous other factors.

Freedenthal cautioned parents to be aware of the possibility of suicidal thoughts in children who have been caught inhaling household chemicals.

"Inhalant use has many serious, physiological consequences, including death," Freedenthal said.

"Now we are learning ever more strongly that they are also linked to suicidal thoughts and behaviours," she said.

The study is issued in the academic journal Drug and Alcohol Dependence.

More US Girls Commit Suicide Than Ever Before, and Hanging a Favourite Route Now
Suicide rate among preteen and younger teen girls in US has skyrocketed, to an appalling level of 76 percent, says Centers for Disease Control and Prevention.
READ MORE 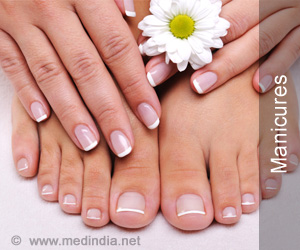