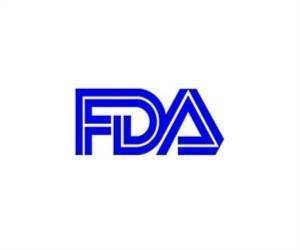 "The Food and Drug Administration reviewed your website at www.aeroshots.com in February 2012 and has determined that the product AeroShot is misbranded," said the letter. "We also have safety questions about the product."

Caffeine is a psychoactive stimulant alkaloid commonly found in many of the products we consume daily. Excess intake of caffeine can lead to symptoms similar to substance addiction.
Advertisement

Because it is considered a dietary supplement, the lipstick-sized product did not have to gain FDA approval to hit the market. It is currently for sale in parts of the United States and France.


The FDA said the product's label "suggests in several places that AeroShot should be inhaled," raising concerns because little research has been done to assess the safety of inhaling caffeine into the lungs.

Caffeine sensitivity decides if coffee is good or bad for you. However drinking coffee preferably without caffeine may be good for your health.
Advertisement
The product label also "states that AeroShot is 'not intended for people under 12' ... This suggests that the product is suitable for children 12 and over," the letter added, requesting data to back up its safety in youths.

US company Breathable Foods, which makes AeroShot, issued a statement saying that labeling changes are under way to make sure consumers know the product is for ingestion, not inhalation.

"AeroShot delivers a mix of B vitamins and caffeine to the mouth for ingestion and is not 'inhaled' into the lungs," the company's chief executive Tom Hadfield said in a statement.

"AeroShot is not recommended or marketed to persons under 18 or for use with alcohol."

The product was launched in Boston and New York earlier this year after first being introduced in Paris.

Its marketing materials claim to deliver as much caffeine as a cup of coffee along with "B vitamins in a fine powder that is dissolved quickly in the mouth and immediately starts working."

Link Between Caffeine Intake and Chronotype

Top Health Tips to Overcome Tiredness
News Archive
News Resource
Advertisement
News Category
Milestone In Voluntary Blood Donation Achieved Samsung Reinvents Toilet for the Poor Which is a Better Form of Exercise: Daily or Weekly? First Phase of Foot-and-Mouth Disease Vaccination Shocking News: Polio Cases Return After a Decade in the US
More News
Sign up for Wellness Consult a Doctor Sign up for Selfcare

Calculate Ideal Weight for Infants Blood Pressure Calculator Turmeric Powder - Health Benefits, Uses & Side Effects Pregnancy Confirmation Calculator The Essence of Yoga Vent Forte (Theophylline) Find a Hospital Drug Side Effects Calculator A-Z Drug Brands in India Sanatogen
This site uses cookies to deliver our services. By using our site, you acknowledge that you have read and understand our Cookie Policy, Privacy Policy, and our Terms of Use