The gut microbiome often referred to the microbes associated with the human digestive tract may be able to predict the likelihood of treatment for successful inflammatory bowel disease (IBD).

A research team from Massachusetts General Hospital (MGH) and the Broad Institute of MIT and Harvard were found to describe the differences in both the composition as well as the functions of the gut microbiome between patients for whom the treatment with a monoclonal antibody-based drug was not effective.

The study results were published in the journal Cell Host and Microbe.


"We are currently limited in our ability to predict which patients will respond to which therapies," says Ashwin Ananthakrishnan, MBBS, of the MGH Division of Gastroenterology, lead author of the paper. "Our finding that the pre-treatment composition and function of intestinal bacteria could predict treatment response offers an novel additional tool for personalized therapy choice."

Inflammatory bowel diseases like Crohn's disease and ulcerative colitis are autoimmune disorders in which the immune system turns on the body's own tissues, in this case the gastrointestinal tract.

Traditional therapies include anti-inflammatory and immunosuppressive drugs, but the biologic drugs introduced in recent years more precisely target specific aspects of the immune response and have had superior results in many but not all patients with IBD or other autoimmune conditions.

Previous efforts to determine which patients might respond to particular biologic drugs based on their symptoms and gene expression in the affected tissues have had only modest success.

Since considerable recent research has found that the gut microbiome has an important role in several immune system disorders, the research team investigated whether it might also determine response to biologic treatment for IBD.

The study enrolled 85 patients - 43 with ulcerative colitis and 42 with Crohn's disease - who initiated treatment with vedolizumab (Entyvio), a monoclonal-antibody-based biologic that prevents white blood cells from migrating to inflammatory intestinal tissue. Stool samples were taken before vedolizumab treatment and 14, 30 and 54 weeks into treatment were analyzed both for the composition of the microbial population and for functional qualities, based on expression patterns of microbial genes.

Participants who met criteria for remission of IBD symptoms at 14 weeks were found to have a more diverse pretreatment microbial population - with a greater abundance of potentially anti-inflammatory species - than did participants not achieving remission.

Even more striking were differences in microbial functional patterns between those who did and did not achieve remission - both before treatment and 14 weeks into treatment. For those who were in remission at 14 weeks, microbial changes observed at that point persisted for at least a year, indicated that early changes could identify patients likely to achieve and maintain response to treatment.

While Ananthakrishnan, an assistant professor of Medicine at Harvard Medical School (HMS), notes that the current costs of microbiome sequencing make its use for routine screening impractical, technological improvements are like to reduce those costs.

"The ability to pick the treatment most likely to work for a patient would be enormously helpful both in helping achieve remission quickly and in avoiding exposures to drugs that would be unlikely to work, may be costly and may have adverse side effects," he says.

"In addition to testing this approach in larger groups of patients and with different drugs to see if it can reveal comparative effectiveness, we hope to use this data to develop targeted probiotics that may be able to adjust the population in those with an unfavorable baseline microbiome." 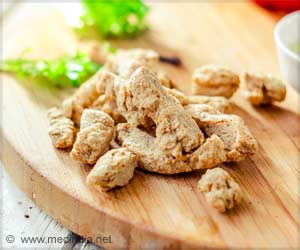 Foul Smelling Stool
Foul smelling stool is a stool that has a bad odor. Poor diet and indigestion are the most common causes of smelly stool although, it can also occur due to various underlying disease conditions.
READ MORE