Inflammation and Infection can be of Grave Concern 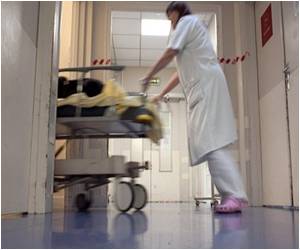 Infections can be deadly, as the news has shown time and again.

Periprothesthetic joint infection (PJI) is the infection of grave concern to the orthopedic community, especially in its growingly common antibiotic-resistant form. This all-too-common infection can be found deep inside the joint prosthesis following joint replacement surgery.

Javad Parvizi, MD and colleagues at the Rothman Institute at Jefferson have worked for years to find a solution to this sometimes deadly infection. Their most recent work has attempted to determine the optimal thresholds for two common biomarkers for systemic inflammation and infection. It will be presented on March 21, 2013, at 4:06 pm, McCormick Place, Room S105, at the American Academy of Orthopedic Surgeons (AAOS) annual meeting in Chicago.


In previous studies, it was determined that testing the blood for elevated levels of C-reactive protein (CRP) and erythrocyte sedimentation rate (ESR), known biomarkers for systemic inflammation and infection, was an accurate test for determining the presence of an infection. But, the levels of ESR and CRP that should sound the infection alarm have been inconsistent, particularly in regard to a new, industry-wide agreed upon definition for PJI.
Advertisement
The team retrospectively reviewed 1,993 patients who underwent revision surgery for aseptic failure (1,095 hips, 594 knees) or PJI (112 hips, 192 knees) between 2000 and 2009. Patients with comorbidities that could elevate the serum inflammatory markers were disqualified from the study.

Analysis was performed to determine the optimal threshold and test characteristics for ESR and CRP in hips and knees separately. The study found that the real threshold for these tests is higher than previously thought. In addition, researchers found that there is a difference between the knee and hip with regard to the extent these inflammatory markers are elevated with PJI.

The study confirmed the utility of ESR and CRP as a combination test in PJI diagnosis in a large cohort at a single institution. "The findings suggest conventional thresholds for these inflammatory markers may need to be refined to improve their accuracy in diagnosing PJI," says Dr. Parvizi.

Acute Ear Infection
Ear infection is very common in babies and young children. The type of ear discharge depends on the ...

Vesico-Ureteric Reflux Causing UTI in Children
Bacterial infection of urinary bladder can cause pain and burning sensation while passing urine. ......