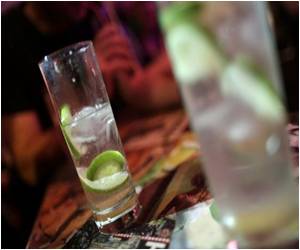 A Texas man developed an infection with Saccharomyces cerevisiae that turned his intestinal tract into brewery.

The infection reportedly turned the sugars and starches he ate into ethanol, getting him drunk, Stuff.co.nz reported.

After the 61-year-old man showed up at a hospital reporting dizziness, it was found that his blood alcohol level was 0.37, which is enough to kill a person.


According to the report from the International Journal of Clinical Medicine, the man was suffering from condition known as gut fermentation syndrome, or Auto-Brewery Syndrome, and was likely infected with the yeast from something he ate or drank.

US Brewery Launches Beer-Flavoured Lip Balm
A recent plunge into cosmetic s by a Californian brewery has resulted in the creation of a hops and ...

Worlds Largest Prehistoric Brewery Unearthed in Ireland
Our Bronze Age ancestors were really fond of alcohol, what with archaeologists having uncovered ......