Infant Health Has Improved Among US Poor, Despite Economic Blows 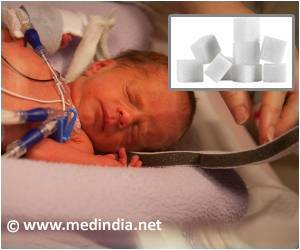 Infant health has steadily improved among the most disadvantaged Americans, despite worsening economic conditions for the poorest people, reveals a review published in Science by Princeton University's Woodrow Wilson School of Public and International Affairs.

The researchers cite programs and policies like Medicaid, the Supplemental Feeding Program for Women, Infants, and Children (WIC) and the Food Stamp program - now known as Supplemental Nutrition Assistance Program (SNAP) - as the driving forces behind such marked improvements.

"We've long known that the health of infants is vulnerable, especially for those born to disadvantaged mothers," said co-author Janet Currie, the Henry Putnam Professor of Economics and Public Affairs and director of the Wilson School's Center for Health and Wellbeing. "However, we now know better how to protect infants from these shocks. Our review shows how current policies have helped to counteract the effects of growing income inequality."


Past research suggests that health at birth is an important predictor of long-term outcomes related to education, employment and income. And for babies born to poor mothers, the risks are amplified. Disadvantaged mothers are more likely to have worse underlying health, poor nutrition, limited access to care and more exposure to harmful pollutants and other stressors. These four health obstacles significantly affect a baby's birth weight - a strong determinant of infant health.

In an extensive review of health literature, Currie and co-author Anna Aizer, an associate professor of economics and public policy at Brown University, evaluated these aforementioned obstacles, showing how programs and policies have helped to interrupt the cycle.

Disadvantaged mothers have poorer health than their advantaged peers. They are more likely to smoke, drink alcohol and use illicit drugs. They typically have worse underlying health, and are more likely to have preexisting conditions such as diabetes and hypertension. Likewise, they are more susceptible to diseases, such as influenza. All of these health factors significantly increase the likelihood of delivering low-birth-weight babies.

But programs like Medicaid, WIC and SNAP are helping, the researchers write. Mothers living in counties where WIC is offered are now less likely to have low-birth-weight babies. The same is true for those receiving SNAP. One study showed that access to food stamps in early childhood led to a significant reduction in obesity, high blood pressure and diabetes later in life. These mothers also became more economically independent later.

In that same vein, the Nurse Family Partnership Program (NFP), which provides guidance to pregnant women and new mothers, has helped poor children by reducing their chances of being injured or involved with criminal activity. Past research shows that this program benefits the poorest of mothers, with especially large effects for those with lower levels of intelligence and mental health.

"WIC is up for congressional reauthorization in the next fiscal year, and NFP, which the Obama administration originally hoped to greatly expand, has grown very little relative to the need," said Currie. "While there may be other programs that could be effective, it's important to take an evidence-based approach to policy recommendations. These studies provide valuable insights for policy makers and can inform future decisions."

Poor women are more likely to be affected by outside forces like pollution, violence and stress, which all affect infant health.

Because of lower housing costs, poor mothers tend to live near and be exposed to sources of pollution - which has been shown to have particularly negative effects on infants in the womb. But a study of electronic toll-collection devices (E-ZPass) in New Jersey, which greatly reduced auto emissions in the vicinity of toll plazas, showed significant reductions in low birth weight and prematurity among babies born in those areas. Likewise, levels of pollution have declined greatly overall since the introduction of the Clean Air Acts in the 1970s.

Poor women also are more likely to be abused by their partners, and their exposure to stress worsens physical and mental health. Such exposure affects infant health in negative ways as children suffer from physical diseases, trauma and even lower IQs due to stress in utero. Thankfully, local, county-level policing policies have been effective in reducing intimate partner violence. Because of these reductions, fewer women have been medically treated for assault. While this policy targets women, Currie and Aizer writes, it has the added benefit of helping newborn health.

Another big area of concern is access to care and family planning. Poor women are more likely to have unplanned pregnancies and pregnancies that are closer together, the researchers write. However, recent work shows how Medicaid expansions of coverage for family-planning services have helped lower birth rates and multiple pregnancies. While such policies haven't improved infant health, per say, they've benefited mothers while influencing children's longer-term outcomes.

Overall, poor mothers benefit from programs and policies both before giving birth and after. But often women only become eligible for these programs after the baby is born, creating a potential time gap in services.

"Given the research on the importance of prenatal conditions, such policies are potentially missing a major window of opportunity," said Currie.

Early-education programs have especially been shown to improve long-term outcomes for low-income children. Intervening early - before a child is three years old - can have long-lasting effects on IQ.

Despite Currie and Aizer's overall conclusion that infant health has improved, unanswered questions remain - providing fodder for future work. The researchers write that it would be helpful to know, for example, how exposure to diseases like the flu compares with exposure to pollution, but the science isn't there yet.

"Looking backward, we can ask, how much of the recent gain in infant health is due to the various aspects we have discussed? Which public policies and programs have had the most impacts on infant health while also counteracting the negative effects of growing income inequality? Which are the most cost-effective?"

"Looking forward, we can ask, what are the most promising strategies for continuing to improve infant health, and how much will this improvement reduce inequality in years to come?"

Sucrose Solution for Pain Relief in Pre-term Infants Admitted to ICUs
Sweet taste solutions such as sucrose can effectively reduce the stress of painful procedures that pre-terms undergo during their NICU stay.
READ MORE

Easy Ways to Save Newborn Babies: Melinda Gates Spearheads Global Plan to Save Babies
Breastfeeding and skin contact after birth are a few simple ways by which most of the nearly three million newborn babies who die each year could easily be saved says Melinda Gates.
READ MORE