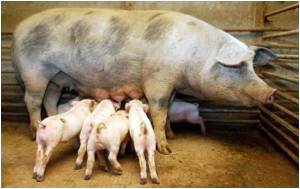 Studying the development of an infant's brain to assist in predicting future behavioural problems will be done by researchers using piglets for their research.

Researchers at the University of Illinois found that development of an infant's brain can leave behind fingerprint, which can predict how behavioural problems arise.

They discovered that neonatal piglets are capable of being trained in traditional learning and memory tests.


Thus, the piglets can provide critical information that could directly benefit human health.

"Studies suggest that inadequate nutrition, stress, and infection leave fingerprints in early brain development that can make a person more vulnerable to behaviour disorders later in life. We are interested in learning how the brain develops during this time and how cognitive ability is affected.

Medindia offers a milestone chart for the growing child, by which we can determine the activities of the baby at various stages of the growth.
Advertisement
Our goal is to understand how to promote optimum brain and cognitive development, and minimize potential experiential influences that might hinder the process," said Dr. Rodney Johnson.

The use of the pig in neuroscience research is gaining popularity because pigs are anatomically similar to humans and many of their organ systems grow and develop similarly as well.

Pigs are also precocial, meaning they are born with well-developed sensory and motor systems, which allows them to be very mobile and weaned at an early age.

"Most important, the pig brain's growth spurt occurs perinatally - a little before and a little after birth.

In contrast, the rodent's brain growth spurt occurs after birth and the non-human primate's occurs before birth, making them less ideal to study and compare to humans," said Johnson.

The brain's rapid growth spurt is a critical period of time, said Johnson.

How a child interacts with other people at the age of three might predict his or her future social and academic performance, a new study found.
Advertisement
<< Scientists Warn of Skin Cancer Risk From Airport Body Scann...
Living in Disease-Rife Countries can Lower People's IQ >>