Inexperienced Yoga Teachers Could Be Lethal 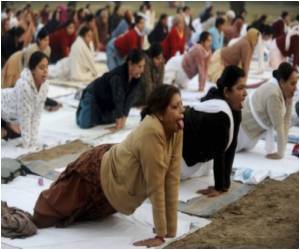 Learning yoga from inexperienced teachers can be deadly as they can put students in life threatening positions, according to an expert.


According to William J. Broad, a Pulitzer Prize-winning science author, exercises like the plough and shoulder stand require participants to "crank your head around a lot", which could result in the linings of arteries running through the spine in the neck to be torn.


Blood clots can then form, which can cause ischemic stroke if they become lodged in the brain.

Broad and a long-time yogi, discovered the dangers while researching his new book, 'The Science of Yoga: The Risks and Rewards'.

He said that while yoga was of tremendous benefit to many people, able to improve sex lives and even lengthen life, it did carry certain risks.

"I have been doing yoga since 1970 and I love it. It has been a great thing in my life," the Telegraph quoted the author as saying on BBC Radio 4's Today programme.

"But as I pursued my research I discovered to my horror that there are some poses, which have a very low risk of happening, but if they do, have extremely high consequences."

"The number one danger in my book has to do with the neck. If you twist your neck around a lot there are these kind of fragile arteries that go through the vertabrae, called the vertrebral arteries, and their linings can get torn and produce clots.

"And if those clots go into your brain you can have a stroke," he said.

The book itself cites three examples from the medical literature of strokes caused by what he described as exercises involving "extreme bending of the neck".

"This is not anecdotal and it is not freak accidents," he claimed.

Both the plough and the shoulder stand are 'inversions', involving lying on one's back and bringing the legs, almost straight, over the head to the floor to create an A shape.

Broad said that these exercises were taught at "many beginner classes" even though they tended to be for the more advanced.

"We all have these different limitations and capabilities and smart teachers who've been around for a while realize that," he added.

Benefits of Laughter
We are born with the gift of laughter-it's being serious that we learn.So,learn to laugh, and live, all over again.
READ MORE