Inequalities in Early Deaths on the Increase in UK: Study 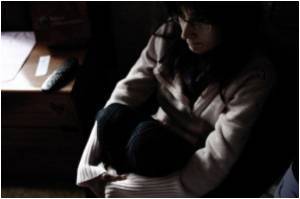 Increasing inequalities in early deaths between different parts of Britain, more than that of the economic crash of 1929 and the depression that came after, have been observed, states a new study.

"Inequalities continued to rise steadily during the first decade of the 21st century... and could become worse," warned the study, published in the British Medical Journal's online edition.

The dynamic clock calculates the number of people who are dying in the world every second. On an average there are 56 million deaths that take place in a year.
Advertisement

The study said the divide had "persisted over many years and recent government efforts to reduce them have not had any great impact as yet.


"The gap in health inequalities has widened over the past 10 years, reflecting widening inequality in wealth and income," it added.

Researchers from the universities of Sheffield and Bristol built on previous studies of socioeconomic differences in mortality, using updated population estimates and a new more, accurate way of measuring poverty.

The study found that "geographical inequalities in age-sex standardised rates of mortality below age 75 have increased every two years from 1990-1 to 2006-7 without exception."

And despite a small reduction in inequalities around 2001, the trend was short-lived and inequalities for people up to 75 years old are now the highest ever reported since at least 1990.

"Although life expectancy for all people is increasing, the gap between the best and worst districts is continuing to increase," the researchers concluded.

"The economic crash of 2008 might precede even greater inequalities in mortality between areas in Britain."

Research published on BMJ today shows that the link between deprivation and premature death is as strong today as it was in the early 1900s.
Advertisement
Advertisement