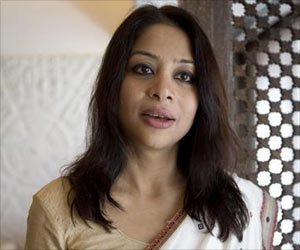 One of the prime accused in the Sheena Bora murder case, Indrani Mukerjea, was admitted to Sir J.J. Hospital for treatment of suspected dengue.

She had been complaining of fever and other dengue-related symptoms for a week, they said. A team of medicos from the hospital checked her condition inside the Byculla Jail this morning where she is currently lodged. They later recommended the authorities to shift her from the jail premises to the hospital for better treatment.

Dengue Threat in Delhi: 639 New Cases Recorded on October 23 and 24

The new cases have taken the total number of people infected with dengue virus in the national capital this year to a whopping 14,246, the highest since 1996.
Advertisement

This morning, the prison authorities submitted a report to Magistrate R.V. Adone on her health condition, saying her blood platelets level had plummeted to 65,000 and she may be suffering from dengue.


On October 3, Indrani was rushed to the hospital in a critical condition following weakness and spent four days in the ICU before she was discharged.

Corporation of Chennai (CoC) has directed zonal officers to monitor fever cases in their respective jurisdiction and submit reports on a daily basis.
Advertisement
Indrani, her ex-husband Sanjeev Kumar and her former driver Shyamvar Rai, were arrested in August in connection with the killing of her 24-year old daughter Sheena in April 2012 and later disposing off her partly-burnt body in the forests near Raigad.

The three have been in custody since over two months and the case has now been taken over by the Central Bureau of Investigation (CBI).

Scientists have been able to detect antibodies against CRVP379 in human blood samples, demonstrating that it is able to elicit an immune response in humans.
Advertisement
<< Cancer can Affect You Emotionally Affecting Your Thoughts
Future Generali India Plans to Expand Insurance Business >>

Drug - Food Interactions Drug Side Effects Calculator Noscaphene (Noscapine) Find a Doctor Pregnancy Confirmation Calculator Color Blindness Calculator Nutam (400mg) (Piracetam) Find a Hospital Drug Interaction Checker Hearing Loss Calculator
This site uses cookies to deliver our services. By using our site, you acknowledge that you have read and understand our Cookie Policy, Privacy Policy, and our Terms of Use