Indonesian Universities are Unable to Keep Pace With the Economy 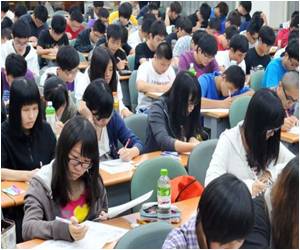 After Ramadan Fast, Indonesians 'Eat With a Vengeance', Say Doctors

Indonesians go on food binge after Ramadan, doctors brace for an annual spike in complaints of rapid weight gain.
Advertisement

But badly resourced universities mean quality graduates are a rare commodity in Indonesia, where companies find it difficult to recruit people who can think critically and make a smooth transition into employment.

In Indonesia, bird flu claims ninth victim this year, say sources.
Advertisement
The report observed gaps in "thinking, technical and behavioural skills", based on a World Bank survey of employers, which found 20 to 25 percent of graduates needed retraining on the job.

Indonesian universities are "lagging behind" those of other nations and lack global competitiveness, the OECD report said, in contrast to nations such as India that produce doctors, engineers and scientists whose skills are in demand worldwide.

None of Indonesia's 92 public universities or around 3,000 private colleges appeared among the world's top 400 tertiary institutions in the latest Times Higher Education rankings, seen as one of the world's most authoritative sources of higher education information.

This is despite the fact that Indonesia is often placed on the same rung of development as BRICS nations -- Brazil, Russia, India, China and South Africa -- all of which made the list.

Headhunter Lina Marianti, who works for JAC Recruitment in Jakarta, said foreign employers reject more than half the graduates she recommends for corporate positions.

"We provide the best graduates, but even our best are unable to meet employers' expectations," Marianti told AFP.

"They complain that local graduates are not able to apply theory to practice. They lack analytical and leadership skills, and they have poor command of English and product knowledge."

Rina, a human resources manager for a foreign-based chemicals company, said that many students graduate in Indonesia without a positive work ethic.

"It's hard to believe some of these young professionals are graduates. They send blank emails with no cover letters to apply for jobs, don't turn up for interviews and resign via text message," said Rina, who like many Indonesians goes by one name.

"Many expect to be spoon-fed. They constantly need to be told what to do on the job."

Many affluent Indonesians circumvent the problems by going abroad to study and some win coveted scholarships, with more than 32,000 enrolled in overseas universities and colleges in 2009, according to UNESCO's most recent figures.

High-ranking officials and successful businesspeople often have at least one degree from a foreign university on their CVs, with Australia, the United States, Germany and the Netherlands among the top destinations.

"Countries like China, India, Singapore, Malaysia and most recently Thailand have focused on education or have allocated ample funds to it," he said.

"In the last five years, Indonesia has been doing a lot of catching up, but progress is still slow."

The education sector is also hobbled by the corruption that is rife at all levels in the country.

Funds are syphoned off, poorly maintained school buildings collapse with sometimes fatal consequences and there is a widespread culture of cheating by school students just to get into tertiary education.

The frustrations are felt by students in the system, who complain their universities' facilities and lecturers are under par.

"Some of my lecturers postpone lessons and just don't turn up without letting anyone know," said University of Indonesia health administration student Lentari Pancar Wengi, 19.

Wiyogo Prio Wicaksono, 21, a third-year chemistry student at the same university, in Jakarta, said he devotes time to extra-curricular activities after lessons to develop non-academic skills and network with industry players.

"My friends who keep their jobs are often those who got mediocre results at university, but they know the who's who of the industry. I guess that's more important and useful than what you learn at university," he said.

The first stretch in a mission to swim between five continents was completed by a Frenchman who lost his limbs in an electrical accident.
Advertisement
<< US Envoy Lends All Out Support to India's Objective of Impr...
The Manner in Which Malaria Parasite Infects Red Blood Cell... >>