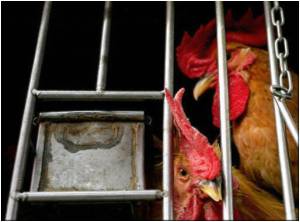 "The deceased was a self-employed 37-year-old male," according to the report on the ministry's website.

The man was hospitalised on July 24 with a high fever and was placed on a ventilator five days later, according to the report. He died on July 30.


Authorities do not know how the man contracted the virus, but said he lived near poultry farms.

Indonesia has been hardest-hit by bird flu, with 159 fatalities reported since 2003 out of 359 worldwide, according to World Health Organization figures, which include the latest death.

Bird flu, also known as the H5N1 virus, typically spreads from birds to humans through direct contact, but experts fear it could mutate into a form that is easily transmissible between humans.