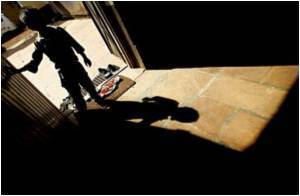 Joseph C. Blader, Ph.D., Assistant Professor, Department of Psychiatry & Behavioral Science at Stony Brook University School of Medicine, and colleagues, found that such a treatment could achieve near absence of aggressive, explosive behavior in cases where routine outpatient care fails.

The study findings are to be published in the October issue of Pediatrics, and an early online edition the week of September 13.


"The results of our research strongly suggest that more intensive and methodical approaches to prescribing stimulants may reduce the need to resort to antipsychotic medications to control severe aggression among children with ADHD," says Dr. Blader. "And our findings are especially significant in light of recent concerns about the proliferation in the use of other medications with greater side effects, such as antipsychotic medication, than standard stimulant medication when treating children with ADHD who display aggressive behavior."

Being inattentive may not be a sign of disobedience, but may be a symptom of ADHD. Read more to understand why your child is unusually fidgety.
Advertisement
Dr. Blader and colleagues studied 65 children between the ages of 6 and 13 who were diagnosed with ADHD and either oppositional defiant disorder or conduct disorder. All of the children exhibited significant aggressive behavior and all had been treated unsuccessfully with standard doses of methylphenidate or dextroamphetamine, the active ingredients in stimulant medications that are standard treatments for ADHD.

The research team sufficiently reduced aggression in 32 of the 65 children (49 percent) after individually optimizing stimulant doses along with behavioral therapy. This dosage change also avoided any significant side effects in the patient grouping.

Dr. Blader explained that although established guidelines for the treatment of ADHD recommend careful and frequent dosage monitoring, as well as dose adjustments like those provided by the research team, previously published analyses came to a different conclusion than what he and his colleagues discovered. Previous analyses of medical claims suggested that such a treatment approach is uncommon in primary care settings, and only moderately better when implemented in specialty settings.

The research team is currently collaborating on a SBU-led study evaluating treatment operations for children whose aggressive behavior remains problematic even after optimized ADHD medication. This research is also supported by NIMH.

The Division of Child & Adolescent Psychiatry within the Department of Psychiatry & Behavioral Science at Stony Brook University School of Medicine includes clinicians and researchers. The Division is nationally known for its research and treatment programs in ADHD, Tourette's Syndrome, bipolar disorder, and other psychiatric problems among youth.