The global economic downturn has hit businesses around the world, from big banks to local shops, leaving millions in fear of losing their livelihoods and desperate to cut down on spending.

But among the recession's more unlikely victims have been infertile Western couples wanting children and prepared to travel abroad to use Indian surrogate mothers as a cheaper alternative to fertility clinics back home. 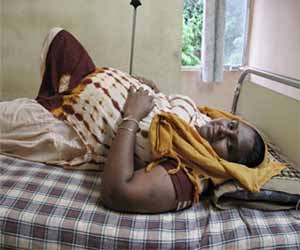 Living on just $50 dollars a month, these women can boost their earnings dramatically by becoming surrogate mothers 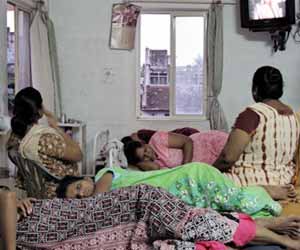 Wealthy foreigners find no shortage of poor, local women prepared to allow them to use their wombs 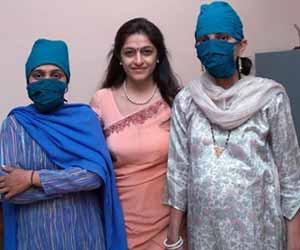 "There are so many couples who back out, who have enquired, who would say that we would like to come, but then say, 'Doctor, we are worried about our jobs right now'," said Nayna Patel, who runs a clinic in western Gujarat state.


"They say, 'Without a job, what good are we going to do to the child that is going to come with us?'," she told AFP TV.

The situation is a turnaround for Patel, who has seen business boom at her Akanksha clinic in the town of Anand in recent years.

During IVF fertilization takes place invitro, in an incubated petri dish. The resulting embryo is transferred back to the uterus on Day 3 at the 6-8 cell stage. Sometimes the embryo transfer in done at the blastocyst stage on Day 5. The embryo is drawn into a specialized catheter along with a small amount of culture medium and is transferred to the uterus.
Advertisement
Despite the recession, some wealthy foreigners still travel thousands of miles for the chance of a baby -- finding no shortage of poor, local women prepared to allow them to use their wombs.

Upstairs from the clinic's examination rooms, pregnant Indian women in colourful saris lie on dozens of beds, holding their swollen bellies as they chat or watch television under whirring ceiling fans.

One woman explained that she had no option, as her husband died and she had no money to feed her own children. Another said she miscarried recently but was hopeful of carrying another surrogacy full term.

Opina, 26, opened a box to reveal a gold locket with two tiny photos of her newborn twins. Soon, the trinket -- a gift from the parents -- will be the only reminder of the babies she is about to give away.

"I feel very happy because now one couple has their own children, and I gave them their children," she said.

But with watery eyes, she added: "On the other hand, I also feel very sad, because I was the one who delivered them."

Surrogacy is not illegal in India, but there are moves to tighten laws to define the responsibilities and duties of a surrogate mother and those seeking her services, as well as tighter regulation of medical facilities.

The baby business -- one of the most controversial areas of India's "outsourcing" and medical tourism boom -- still carries a stigma in the deeply conservative, family-orientated society.

Opina's husband supported her but she faced opposition from her grandparents and has not told her friends.

Living on just 50 dollars a month, these women can boost their earnings dramatically to 7,500 dollars for a single pregnancy -- more than 10 years' earnings.

For now, Opina rocks one of the twins back to sleep, and, like any mother concerned over a newborn, she anxiously watches his every move, patting away hiccups.

But the twins were conceived using eggs and sperm from a Canadian couple and their biological mother sits close by, ready to take them home when they are about a month old.

Christine, in her mid-30s, and her husband -- who did not want their surnames used -- turned to surrogacy and India after several failed attempts at expensive in-vitro fertilisation (IVF) in Canada.

Bouncing one of her new children on a knee as Opina looks on, Christine said that surrogacy needs to be considered more as an option "instead of continual repeat visits and an encouragement for IVF cycles to continue".

Another Canadian couple with newborn twins have different reasons for choosing surrogacy.

Shyamani already has a seven-year-old daughter but her husband is from a family of 11 and they want more children.

"We always wanted to have a lot of children in our family. We weren't satisfied with just one child and we wanted our daughter to have siblings," she said.

Surrogacy can work well for both sides, she added.

"They have lots of difficulties, they have lots of needs and they'll be able to fulfill their dreams and needs in the same way we do ours. So, it's kind of a win-win situation," she explained.

Patel acknowledged that the motivation for most Indian women is financial and is confident that demand will pick up again, as the first seeds of recovery are seen in Western economies.

Opina said: "It is good work because she (Christine) had no child. I had no money and now she has child and I have money.

"My husband feels it's good because it is like a type of gift from God.

"It is the first time I have done surrogacy... I did it so we can buy our own home but I would do it again, so we can have money for our own child and give him a bright future."

Many US infertile couples seem devastated over reports that two Californian surrogate birth firms could be going under. Huge advances paid towards treatment could have vanished into thin air.