Africa, India Top the List of Countries Most Passionate About Cooking 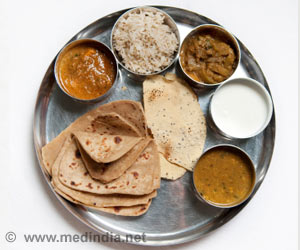 A new study revealed that Indians are more passionate about cooking; on an average they spend over 13 hours a week cooking. People in Ukraine also spend more time cooking followed by Indians.

German-based market research firm GfK conducted the study on how the world cooks. The study involved interviewing over 27,000 people aged 15 and above across 22 countries on the number of hours spent each week cooking.

Why Do We Drool Over Indian Food? Now Revealed!

The findings of the study showed that the countries topped the list are India (13.2 hours) and Ukraine (13.1 hours), followed by South Africa (9.5 hours), Indonesia (8 hours) and Italy (7 hours) a week.

People of South Africa and India (50% and 48% respectively) claimed to be the most confident in cooking skills and have great knowledge and experience about food and cooking. Followed by Turkey and Ukraine at 40 percent each and Indonesia at 38 percent.

He co-wrote the song with musical superstars, Ed Sheeran and Sir Paul McCartney. The song aims to educate poor kids about food and will be released in May.
Advertisement
Advertisement
This site uses cookies to deliver our services.By using our site, you acknowledge that you have read and understand our Cookie Policy, Privacy Policy, and our Terms of Use  Ok, Got it. Close
×