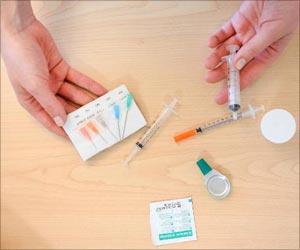 The rise in HIV cases in Indiana is being linked to intravenous drug users sharing needles. Indiana Governor Mike Pence has declared a public health emergency because of 79 injection drug users tested positive for HIV in the southern part of the state.

Initially the governor opposed needle exchange programs because it might promote drug use.


Pence said, "I do not enter into this lightly. In response to a public health emergency, I'm prepared to make an exception to my long-standing opposition to needle exchange programs. I don't believe effective anti-drug policy involves handing out drug paraphernalia."

HIV Prevention may Now be Possible Through Social Media, Games and Chat Rooms

Dr. Thomas Kerr, HIV researcher in British Columbia, said, "Vancouver experienced what has been described as the most explosive epidemic of HIV ever observed outside of Sub-Saharan Africa."

A syringe which was claimed to be 'full of AIDS' was used by a man for robbing a Baskin Robbins ice cream shop in Oregon.
Advertisement
Advertisement