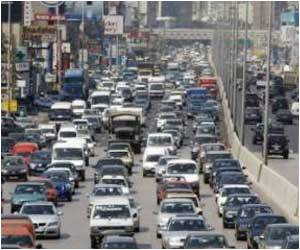 In India, in many things the old exists alongside the new inventions. India's roads and railways provide tourists with a whole lot of entertaining ways to travel which would bring in pleasant memories.

The majority of visitors on a quick break to the country opt to get around on new budget airlines and air-conditioned SUVs, missing out on some of the iconic old technology that lives on in India decades after it died elsewhere.

Shall we take the eight o'clock air train to Paris? It may sound strange to say now, but such jargon is likely to become commonplace someday -- if aviation futurists are right in their predictions.
Advertisement

On the roads, the elder statesmen of Royal Enfield motorbikes and Ambassador cars, both based on almost unchanged 1950s British technology, are still in production and continue to jostle for space with their modern competitors.


On the railways, a half dozen "heritage" trains criss-cross the country, transporting passengers in former colonial splendour with liveried staff, wood-pannelled carriages and luxury sleeper cabins.

Railways have been asked by the Mumbai High Court to provide medical facilities to commuters who meet with accidents on the stations or tracks.
Advertisement
Tracey Forbes and her husband decided to go "retro" during their recent trip to India, hiring an Ambassador with a driver to travel between the historic forts of Rajasthan, the Taj Mahal in Agra and the sacred city of Varanasi.

"For me the old-style glamour of the Ambassador outweighs a modern car every time," the 48-year-old semi-retired therapist told AFP. "I'd advise anyone to grab the chance while they can -- modern cars are two-a-penny."

Hindustan Motors, India's oldest car maker, has been producing the curvy Ambassador since 1957 with a design based on the long-defunct Morris Oxford that has evolved only slightly in 60 years.

Each year brings new predictions of the car's ultimate demise, but the workhorse remains popular with taxi drivers, politicians and, fortunately for tourists, car hire outlets which can be easily found online.

"It reminds me of bygone days when men wore hats and ties and ladies wore gloves and dresses with big skirts," said Forbes, whose driver charges about 50 dollars a day.

"It's a thing of beauty -- so often these days beauty is sacrificed for functionality or simply because it's not economically viable."

Fellow Brit John Mallace decided to pilot his own vehicle, taking on the chaotic and anarchic Indian roads abreast a Royal Enfield motorcycle during a 12-day holiday in the southwestern beach state of Goa.

As a traffic policeman, he was horrified by the wilful disregard for road safety, but had nothing but praise for the sturdy bike, famed for its chrome and deep "thumper" sound generated from its single-cylinder engine.

Royal Enfield in India -- motto "Made like a gun, goes like a bullet" -- still produces variations on what is essentially the same "Bullet" model based on a British design from the 1950s.

"It's pretty comfy and it handles really well," said the 46-year-old, who opted for an organised tour to see the "real India" in the villages and backwaters of Goa rather than the famed beaches.

The trip was organised by Blazing Trails, owned by British Enfield fanatic Susie I'Anson who takes groups of riders on a handful of circuits across the country from the high Himalayas to the tropical deep south.

She says her clients are often people with a past link to India -- a parent or grandparent stationed in India during British colonial times -- or just fans of classic motorbikes.

"It's got Old World charm," I'Anson explained to AFP. "And you're not racing around. You're just pottering along in a comfortable position.

"Some people come and start whingeing about missing their BMW bike at home, but at the end of two weeks, they've got full respect for the Enfield. Their BMWs would have fallen apart."

Organised tours with Blazing Trails start at 2,000 pounds (3,200 dollars), but travellers can opt to buy or hire bikes for less locally.

For those unwilling to tackle India's hair-raising roads, the world's second-largest railway offers some old-fashioned journeys where the scenery glides past the window with the minimum of noise and fuss.

There are at least six services, including the Deccan Odyssey in western Maharashtra, the Palace on Wheels in Rajasthan and the Golden Chariot in southern Karnataka.

The most recent service is the Maharajas' Express, the most luxurious and expensive train service to date, which was launched last March to accommodate just 84 passengers on trips all over the country.

"Rajasthan is the most popular route in India because people want to see it for the culture, history and heritage," Rakesh Agarwal from theluxurytrains.com travel agent told AFP, referring to the colourful desert state.

Most of the clients are foreign, he says, with the financial means to pay the high prices of 3,000-4,500 dollars for a seven-night tour.

Some trains such as Palace on Wheels in Rajasthan can be booked for shorter three-night stays at a cost of 500 dollars a night.

The Essence of Yoga Blood Donation - Recipients Find a Doctor Nutam (400mg) (Piracetam) Sinopril (2mg) (Lacidipine) Drug Interaction Checker Blood Pressure Calculator Drug - Food Interactions Drug Side Effects Calculator Find a Hospital
This site uses cookies to deliver our services. By using our site, you acknowledge that you have read and understand our Cookie Policy, Privacy Policy, and our Terms of Use