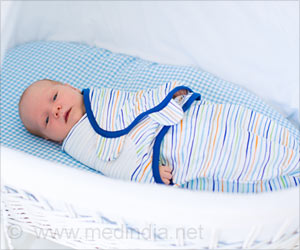 Malav Sanghavi, an Indian student studying in London has developed the prototype of a low cost baby incubator that has the potential to save many lives across the world.

It is a cardboard incubator called BabyLifeBox. The incubator can be used in developing countries like India which lack adequate grassroots-level infrastructure for neonatal care of premature and underweight infants. It provides basic functions necessary for child's survival in their first days of life.

E-Incubator is an innovative miniature incubator that is compatible with magnetic resonance imaging. It now enables scientists to grow tissue-engineered constructs under controlled conditions.
Advertisement
‘Malav Sanghavi, an Indian student studying for his innovation Design Engineering (IDE) Masters dual degree course at Imperial College London and Royal College of Art, developed a cardboard incubator called BabyLifeBox for the infants who are born in remote villages across India.’
Tweet it Now

The bottom part of the incubator can be given to the parent of the child after birth as a make-shift cot. "BabyLifeBox is a low-cost baby incubator that provides basic neonatal care at grassroots-level. India has highest number of babies dying within the first 24 hours of their birth in the world, more than 300,000 a year," Sanghavi said.

A graduate from the National Institute of Design (NID), Ahmedabad, he participated in a start-up competition held at St James' Palace in London and won the 3rd prize for his innovation.

Cesar Algeciras often spends five hours straight in the neonatal intensive care unit, lovingly clutching his premature son to his bare chest, a form of Kangaroo care
Advertisement
Malav Sanghavi first conceived the idea when his cousin's daughter had to be kept alive in an incubator. While she had access to all the facilities, what got him thinking was the rest of the infants who are born in remote villages across India.

As of now, he is looking for initial seed funding to expand his team and bring more experts on board, develop minimal viable prototypes and start clinical trials.

Embryoscope, a newly developed technology, has revolutionised in-vitro fertilization (IVF) by allowing pictures to be taken of embryos every few minutes without disturbing them in their incubators.
Advertisement