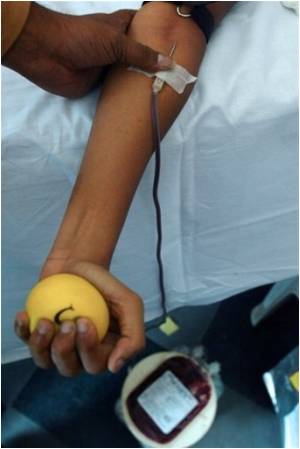 Nalini Ambady, an Indian origin professor at Stanford University succumbed to leukaemia early in Boston, the US, and is fervently awaiting a bone-marrow donor, a family friend said Wednesday.

"For nearly a year, she was in and out of hospitals. The last stint being in a Boston hospital where she was supposed to get a donor. However, the donor backed off at the last minute," family friend Dilip D'Souza told IANS here.

The family had found 13 matching donors after a thorough online search, but at least half of them backed off at the last minute, while the others were rejected due to partial compatibility, D'Souza said.


"When I had gone to Boston last month, I spent around a week with the family. However, it appeared clear that she was sliding and even the doctors seemed to have given up hopes," he added.
Advertisement
Her condition particularly deteriorated over the past 4-5 weeks and even her organs started collapsing.

The sad news was conveyed to D'Souza by Nalini's husband, Raj Marphatia, and other relatives early Tuesday in Mumbai and in her native state, Kerala.

An award-winning professor and the first Indian to teach in Stanford's Psychology Department, Ambady remained in and out of various hospitals as her condition deteriorated. She was detected with the disease in 2004, but was cured and it recurred last year.

Previously Unknown 'New' Mechanism Held Responsible for Chronic Lymphocytic Leukaemia
A study published in the journal Nature Genetics puts forth a new mechanism that may contribu...

Ex England Cricketer Who's Battling Leukaemia Saved by Mistletoe Jabs
An incurable form of leukemia was beaten off by former England cricketer John Edrich thanks to ......

Research Traces Genetic Mutation That Predisposed People to Leukaemia
People who are genetically threatened to suffer from leukaemia might get a moral boost after a new ....