Indian Neem Toothpaste to Be Scrutinized by Kiwi Health Authorities

The New Zealand Ministry of Health has said that it is investigating reports of the sale of India's "Neem" toothpaste, said to contain harmful bacteria and a toxic chemical.

Though Henkel India, the manufacturer's of "Neem Active" toothpaste, has claimed that the product does not contain the poisonous Diethylene Glycol (DEG), which causes nausea, abdominal pain, urinary problems and kidney-related problems, breathing problems, lethargy, convulsions, coma and even death when ingested, the New Zealand Health Ministry has said that it will order its experts to carry out tests on the product immediately to ensure that it meets New Zealand health standards.

Kiwi authorities have also announced that they would be contacting Canadian authorities who have issued health warnings on "Neem" toothpaste and have banned the product from being sold in their country.


Several Indian supermarkets in New Zealand contacted by NZPA said they stocked and sold the toothpaste.

While the ministry stopped short of telling people to avoid all Chinese-made toothpaste, it advised people to check the ingredients - adding that DEG may be present even when not listed on the label.

Auckland's Discount House said it did not have stocks of Neem toothpaste yesterday, but would have some tomorrow.

Wellington's Ranchod Enterprises said it had also sold out but would have more of the product next week.

The Indian Supermarket in Christchurch said it had stocks of Neem in 100g tubes selling at 2.99 dollars. It did not have stocks of the 250g tubes that sold for 4.99 dollars.

Henkel India says that they have asked Health Canada for details like the batch numbers and the year of manufacture of the samples tested, besides the methodology used to arrive at their test results.

The company also claims that it has not been exporting its Neem toothpaste to Canada for the last seven years.

Experts say that toothpaste is essentially based on polyethylene glycol and other surface-active agents, and add that glycol must be checked for DEG and MEG (monoethylene glycol) to rule out toxicity. 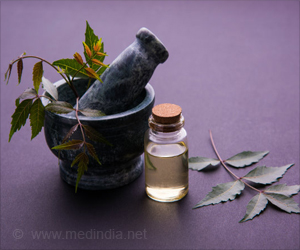