In a new commercial on Indian television, Bollywood superstar Shahrukh Khan tells a sad-looking young man to start using skin-whitening cream to get the girl he wants.

The actor is clearly telling him it will boost sex appeal but the advice has raised hackles here among those who say such products reinforce age-old prejudices that equate fair skin with good looks.

Regardless, the "sex sells" policy seems valid -- promoters say sales of "fairness cream" have shot up.


"The advertisement has worked very well for us," said a spokesman for India's Emami group, the Kolkata-based company which makes Fair and Handsome cream for men.

Emami launched the cream in 2005, labelling the product after the popular Fair and Lovely, which has catered to Indian women for decades and continues to be the largest-selling fairness cream in India.

Skin-lightening products -- positioned as fairness products in India -- for men are a niche but rapidly growing part of the lucrative male grooming sector, estimated to be worth more than 11.5 billion rupees (286 million dollars).

The total market for skin-lightening products in India is estimated to be worth nine billion rupees. Nearly one-third of users are said to be men.

Since the launch of Fair and Handsome -- which the Emami group claims to be the world's first fairness cream for men -- nearly half-a-dozen products have been vying for attention.

This year has seen the launch of several new fairness products -- the latest being Fair One Man by pharmaceutical company Elder Healthcare.

"There is a huge growing awareness among Indian men to look good. Being an actor who wants to look good, I felt there was a need for this cream," said Elder Healthcare managing director Anuj Saxena, who is also a television actor.

Saxena's company is targeting turnover of more than 100 million rupees this year.

"The men's fairness cream market is nascent in India, but is already one of the biggest in the world," he said.

The Emami group -- which started the trend -- says it sensed opportunity when market research showed many users of skin-lightening products targeted at women were actually men.

Elder Healthcare's Saxena, who has acted in popular soaps for Indian television, says being fair is beneficial.

"There is enormous pressure to look good in the entertainment industry, and being fair helps," he said.

Wanting to look light skinned has "always been the case here. Look at the matrimonial ads. Everyone wants a fair bride or groom," he added.

But critics balk at the use and promotion of fairness creams, which they say perpetuate deep-rooted prejudice.

"These products and their advertisements reinforce an old South East Asian bias that you have to be fair to be beautiful," said leading advertising consultant Prahlad Kakkar, who refuses to make such commercials.

"Sunscreens, skin-whitening, fairness creams -- they are all the same.

Regardless of the massive sums involved and glamorous advertisements, some professional dermatologists are sceptical about such products. They think consumers are wasting their money.

"These creams are not medicines, but only cosmetics which contain a tiny concentration of skin-lightening components. They are partly effective at best," said Anil Malik, a skin specialist at Fortis hospital. 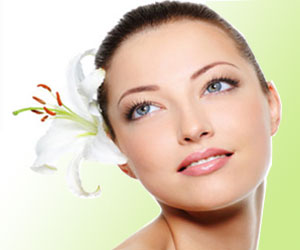 Indian Boffins to Fight Wrinkles With Camels' Milk
Indian scientists are hoping to turn camels' milk into a skin-care product that would wipe away wrinkles and lighten the complexion, a report said Monday.
READ MORE