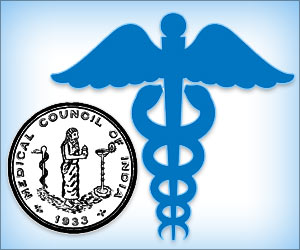 The Indian Medical Council (Amendment) Bill, 2019 was passed in the Lok Sabha on Tuesday aimed at bringing transparency, accountability and quality in the governance of medical education in the country, and for the supersession of Medical Council of India for a period of two years.

Some doctors are mainly involved in diagnosing diseases and the majority of them work inside a laboratory
Advertisement
‘The Bill aims at making the medical education of India transparent, accountable, and quality governance, that would eventually lead to a radical reformation in the medical field.’
Tweet it Now

The Act sets up the Medical Council of India (MCI) which regulates medical education and practice. Once cleared in Rajya Sabha, the Bill will allow for supersession of the MCI for a period of two years with effect from September 26, 2018 during which a board of governors will run the scam-tainted regulatory body for medical education.


Participating in the debate on the Bill, leader of Congress in the Lok Sabha Adhir Ranjan Chowdhury said he had never opposed the Bill but opposed the "route of the ordinance" taken by the government to supersede the Indian Medical Council, saying it was unhealthy for democracy.

This section gives an introduction about the status of Healthcare Sector in USA - in the past and present and introduction of reforms for a secured future.
Advertisement
"Executives should not promulgate such ordinance," he said. The Congress MP from West Bengal's Bahrampur said this is nothing but a procedural Bill. "You (the government) are simply replacing MCI with board of governors."

Chowdhury said the ordinance was promulgated twice by the government despite elections being round the corner. "MCI had become a scam-tainted authority," he said.

Introducing the Bill, Vardhan said in the last two decades, a perception was built that MCI has been unsuccessful in discharging its duties and that corrupt practices are prevalent in the regulatory body.

The Minister said the government proposes to bring the National Medical Commission Bill in the near future after getting it cleared from the Cabinet.

"The National Medical Commission Bill could be introduced in the near future, though for having legal continuity, every ordinance has to be converted into a law," he stressed.

Explaining about the Bill in his concluding remarks, the Minister said his government's intention is honest and that it did not want to grab MCI.

Of the 37 medical colleges, the number of government and private colleges are 25 and 12 respectively.

He said the government would soon come up with National Medical Commission Bill and that over 30-32 lakh people have availed benefits of government's Ayushman Bharat scheme.

Vardhan stressed that there would be a radical reform in medical field within 2-3 years.

Opposing the Bill, DMK's Gautham Sigamani Pon said the intention of the government was to undermine the powers of the state. Trinamool Congress's Kakoli Ghosh Dastidar suggested the government do away with the entrance test for medical education.

"We should depend upon class 12 qualifying examination marks to get entrance into the medical depending upon the quality of their results because students study very hard for it," he said.

Speaking in favor of the Bill, YSR Congress Party's Sanjeev Kumar said the Bill was a necessity. Urging the government to simplify norms for opening of medical colleges, Kumar also demanded a legislation to put a check on growing incidents of violence against doctors. The Bill had lapsed in the 16th Lok Sabha.

The Indian Medical Council (Amendment) Bill, 2019 also proposes to increase the number of members in the board of governors to 12 from the existing seven.

It was the fifth Bill passed in this session of the 17th Lok Sabha.